"Circus" by Britney Spears is featured on Just Dance 2016, Just Dance Now, and Just Dance Unlimited. The song also has an Extreme Version.

The routine is performed by an all-female dance crew who wear circus-related fashion.

P1 is a clown. She has a light blue and lavender Afro, heavy black eyeshadow, a red neck ruff, a lavender/light blue clown outfit with a red midsection, leg suspenders, lavender leggings with red polka dots and black high heel boots, and an arm covering representing the glove.

P2 is a lion trainer. She has black hair in a ponytail with cat ears and red face paint. She has a red tiger-pattern one-piece suit with the left leg off. She has red high heels on.

P3 is a harlequin or a jester. She has an orange bob with a mini witch hat with a large yellow cotton ball. Over her left eye there is blue face paint in the shape of a diamond. She has a yellow-and-blue diamond pattern outfit. She has red pants on with a blue left leg, and a yellow right leg. She wears black high heel boots.

P4 is the ringleader. She has dark curly hair and wears a black top hat. She has a long black coat on over a black bra. She has black high waisted short shorts on. If seen in large high def images, she wears fishnet tights. She also wears strapped-on high heels. 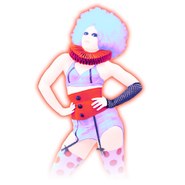 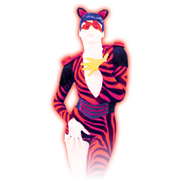 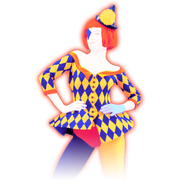 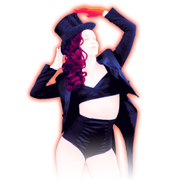 The routine takes place on what looks like a circus stage. There are multiple spirals on the floor that starts out pink in the bridge but turns red during the chorus. During the rest of the song, it is purple with blue circles. When the dancers move around the stage to change positions, the spirals move with them as well. The platforms behind the dancers also light up sometimes in tune with the beat. Flames can be seen in the background when the word "circus" is sung. At the same time when it is said, the very back of the stage lights up to reveal the word "Circus".

Circus has a Mashup with the theme Show-Off, which can be unlocked for 1000 Mojo Coins (or 20 Mojo Coins for all old-gen consoles). It features dancers perceived as performers.

Gold Moves 1 and 3: This Gold Move is a right-to-left Wave Gold Move.

Gold Move 4: Similar to Gold Moves 1 and 3 but P3 bends her right leg and P4 leans slightly back and the move is done by all players together. This is the final move of the routine. 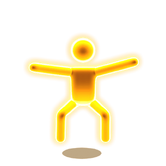 Circus is featured in the following playlists: 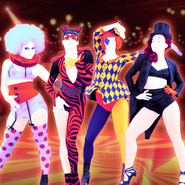 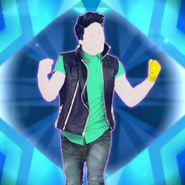 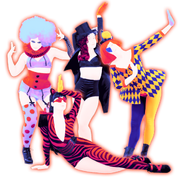 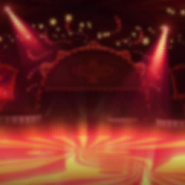 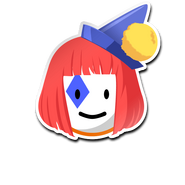 Circus on the Just Dance 2017 menu

Circus on the Just Dance 2018 menu

Circus on the Just Dance 2019 menu

Circus on the Just Dance 2020 menu 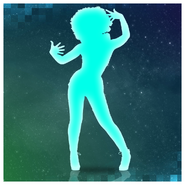 Circus with I Gotta Feeling and Blame 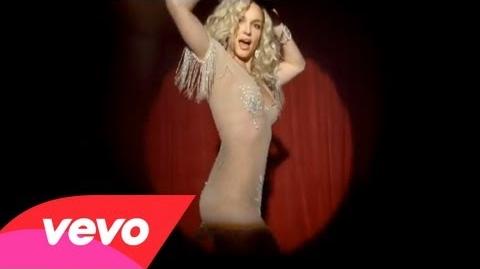 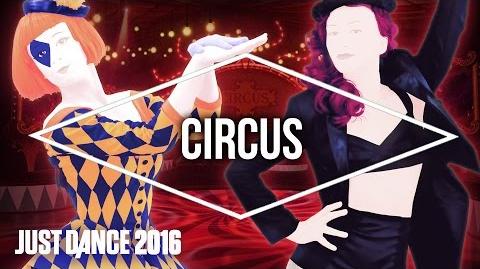 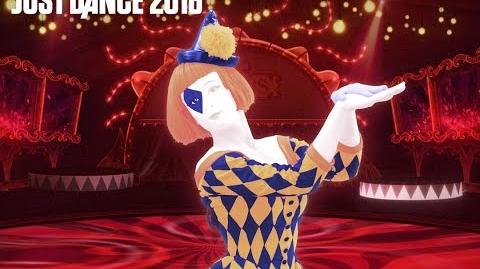 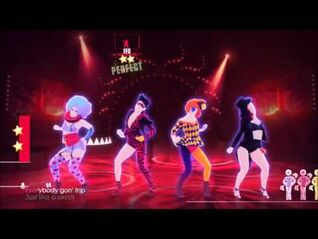 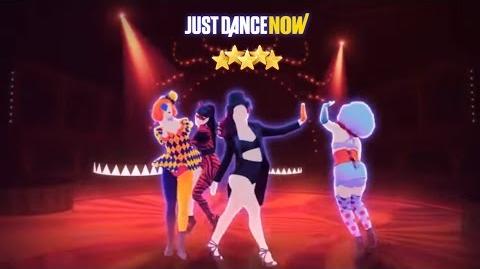 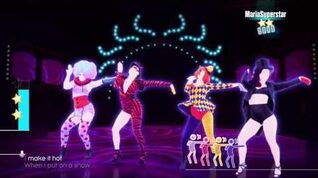 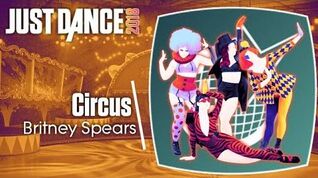 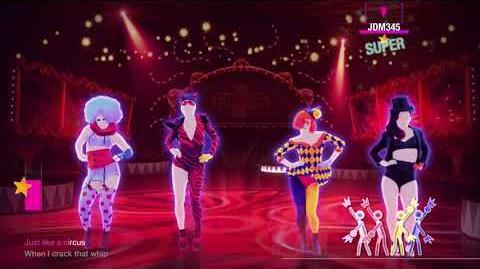 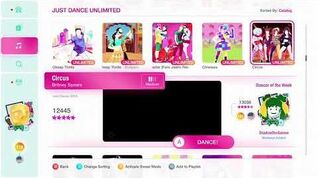 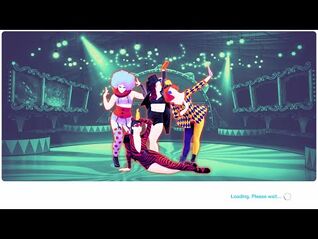 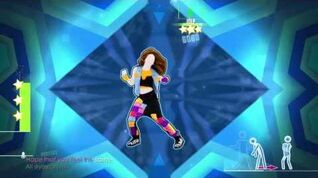 Retrieved from "https://justdance.fandom.com/wiki/Circus?oldid=1383183"
Community content is available under CC-BY-SA unless otherwise noted.