"Come Back Home" by 2NE1 is featured on Just Dance Unlimited, 舞力无限, and Just Dance Now.

The dancers are a trio of women dressed in outfits with bright yellow strands. They all have a gold faded colored outline.

During the choruses, color inversion is applied on the coaches and their skin turn violet-black.

At the end of the song, the coaches disappear in pixel squares.

P3 has bright turquoise hair tied in a high ponytail with the left frontal side of her hair untied, which covers her ear. She wears a burgundy red sleeveless cropped top, which has black accents as well as bright yellow chains that forms a V-shape upon reaching to the center of her top and anchors close to her burgundy red thin choker. Over her cropped top is a violet sleeveless open jacket with thick and mildly sharp shoulders, several small bright yellow zippers on the shoulders, bright yellow loose strands and a cape divided into four separate sections, with each containing bright yellow borders at the end. She also wears a pair of burgundy red hot pants, a bright purple thick detachable fabric resembling a skirt that leaves the right side uncovered, a black band in her right knee with bright yellow metallic buckles, and a pair of black block heels with bright yellow blocks in the frontal part of her heels. Her outfit also contains a bright yellow leaf-shaped hanging earring in her right ear, a black bangle in her left wrist and a black belt with a bright yellow buckle and a bright yellow loose chain hanging in the right side. Her glove is olive green. She resembles Bom, one of the members of 2NE1. 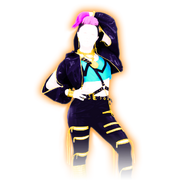 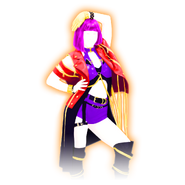 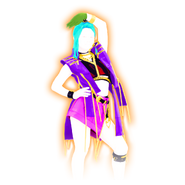 The routine takes place in a virtual reality with cyberpunk elements, with the entire background featuring light visual glitches, usually in bars or letters. The coaches are standing on a reflective floor while the background’s main color scheme is red.

During the verses, the background shows a temple with swallowtail roofs, which features eastern draconic figurines at the top of arch’s upper roof. Parts of it flash in a brighter color, either in a bright red light or with glitchy patches. It also later features rectangular shoji panels, which are decorated with images of cranes and pond lily leaves in a golden yellow background with a black frame. The rectangular panels slide to the left and right side of the arch, either flashing with similar effects with the arch or slowly fade away. In the upper parts of the background are giant neon red triangles that flash to the beat.

During the first half of the choruses, the background features two columns of dark red Chinese guardian lions statues, with the glitching visual effects present in them. The roof from earlier also appears in the background, but in 3D gridline and showing specific glitched parts. Above the coaches are giant neon red squares, first appearing in different angles before taking a 3D-shaped appearance with glitchy outlines. This time, the glitchy effects in the routine are more prominent and numerous.

During the instrumental and second half of the choruses, the entire background glitches and transforms, with a more lime green and turquoise color and the glitches’ color is either neon green or red. There are plenty of neon green glitchy 3D cubes that appear erratically in the background. It soon transforms into a cluster stack of the 3D cubes, with the center being neon lime green and has a white cube-shaped center. There are also visual effects that are applied in this part of the routine, such as the cube stack being mirrored or heavier glitches.

During the bridge, the background becomes empty and features three neon pink slabs that float above the coaches. The underside of the slabs glow red to the beat, and they fly away once the final chorus starts.

Gold Move 1: Punch both hands down while lifting your right leg. P2 does this move while walking forward.
Gold Move 2: Put your right hand over your head with your left hand on your hips.

Come Back Home is featured in the following playlists: 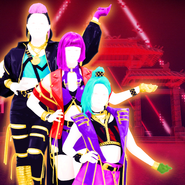 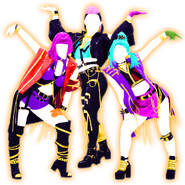 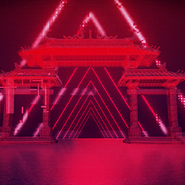 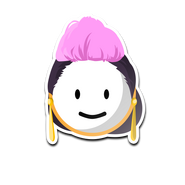 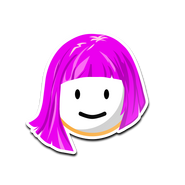 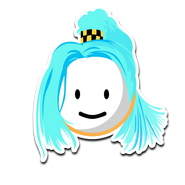 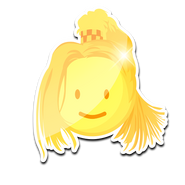 Come Back Home on the Just Dance 2021 menu

Come Back Home on the Just Dance Now menu (computer)

Come Back Home on the Just Dance Now menu (phone) 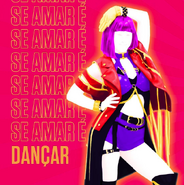 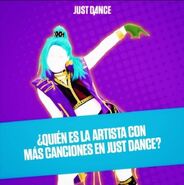 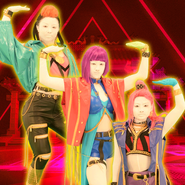 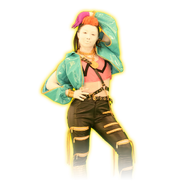 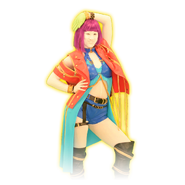 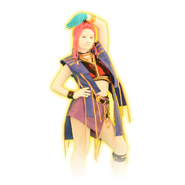 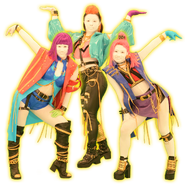 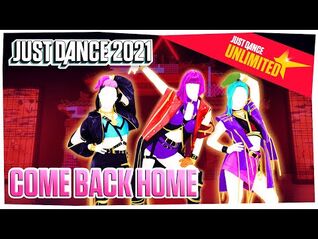 Come Back Home - Gameplay Teaser (US) 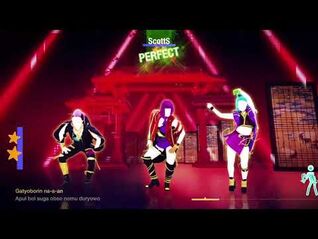 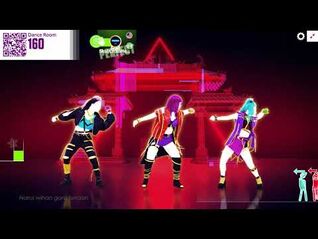 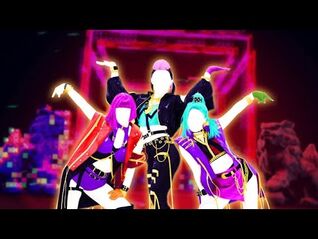