NOW files
1A: Dark Blue
1B: Stratos
2A: Brownish Anzac
2B: Golden Grass

The dancer is a woman. She has long black hair in a high ponytail with lavender highlights in a shiny lavender hairband, with parts of her hair colored lavender. She wears a shiny magenta cropped sleeveless turtleneck top and shorts, with a small opening on the bottom of the crop top, and upper part of the shorts. She also wears a shiny cyan puffer jacket with golden chains on the sleeve ends and cyan over-the-knee high heel boots. She also wears yellow futuristic goggles and several golden chain necklaces. She has a purple glowing outline.

The background shows the coach on a space elevator. The platform continuously moves upward. The platform and outward walls, which have dark gray bases, illuminate in various colors, which are red, blue, pink, and white. When the walls start to have open pathways, some rose gold space panels are seen for a short period of time. The Earth is also seen with an aqua-cyan morning glow, darkened oceans, and continents with orange-lit city lights that light up periodically.

Gold Move 1: Shake your right wrist twice while your left hand is on your hip.
Gold Move 2: Put your arms up in a circle motion above you. 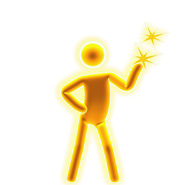 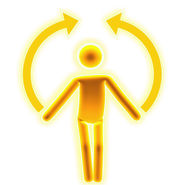 Con Altura is featured in the following playlists: 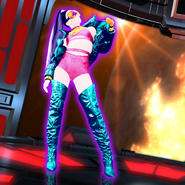 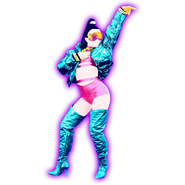 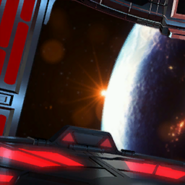 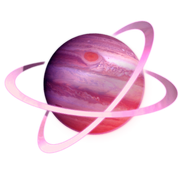 Beta avatar (used on the Wii version of Just Dance 2020) 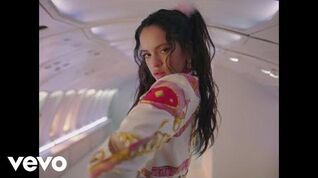 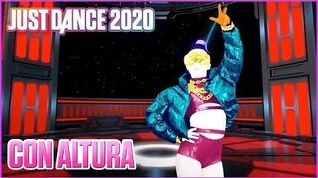 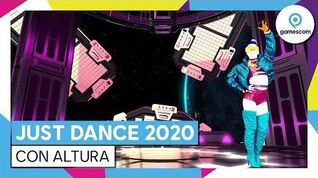 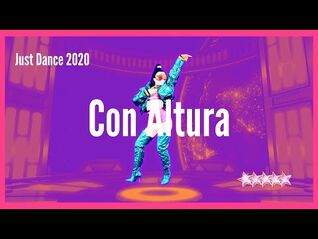 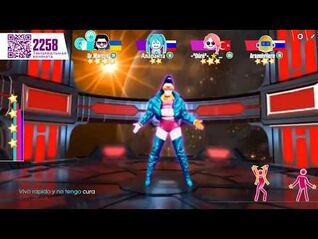 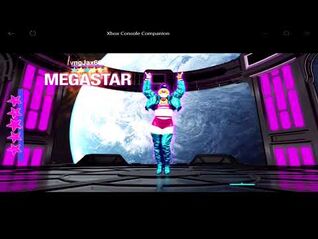 Retrieved from "https://justdance.fandom.com/wiki/Con_Altura?oldid=1378535"
Community content is available under CC-BY-SA unless otherwise noted.