1A: Light Cannon Pink
1B: Violet Cherry Pie
2A: Orchid
2B: Red Ribbon

"Cosmic Party" by Tom Salta[1] (credited as Equinox Stars in-game) is featured on Just Dance 2019 as part of Kids Mode. It is also available on Just Dance Now, Just Dance Unlimited, and 舞力无限 via Kids Mode on the latter service.

The coach is a girl dressed as an astronaut. She wears a yellow astronaut suit with a skirt, an antenna on its head, orange highlights and two light blue down-pointing triangles, as well as an orange belt with a light blue and red planet. She wears two gloves: the left one is orange, and the right one is red. Under her suit, she wears a pair of tight, golden pants and a pair of light blue boots with a golden sole. Her hair is pink and gathered in two pigtails, which come out of her suit. She has three outlines: a black, solid one around her body, a white, thicker, solid one over the black one and a light blue glow over the two outlines.

The dancer is standing on a planet with craters and hills. Bubbles come out of the craters. Little space critters appear on the left and right sides of the dancer.. There are some planets and galaxy vortexes in the background, as well as some spaceships.

Gold Move: Jump with your arms bent in the shape of an inverted L. 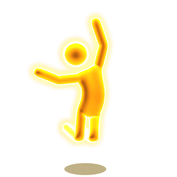 Cosmic Party is featured in the following playlists: 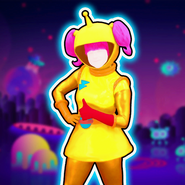 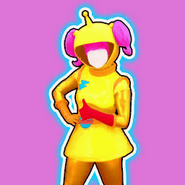 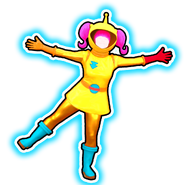 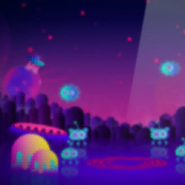 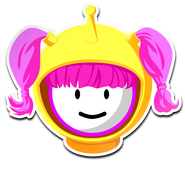 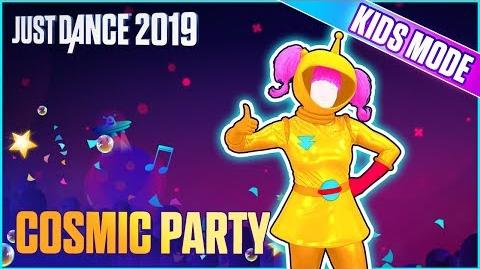 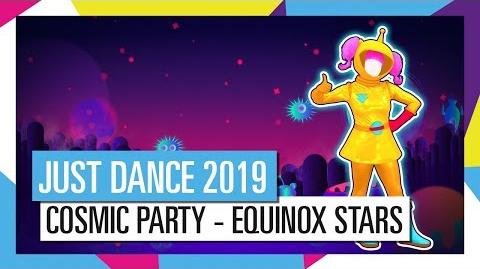 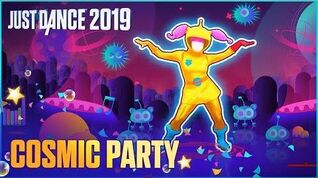