One of a Kind

JDU Files
1A: Science Blue
1B: Stratos
2A: Harlequin
2B: Astronaut Blue

The dancer is a man with a purple bucket hat with a gold stripe and a deep pink jumper with purple cuffs and neon green collar and a pair of deep pink pants, the jumper and the pants are covered with many colorful graffiti styled figures such as letters Y and O and black strips on his sleeves and kneecaps, he also wears a pair of purple shoes with orange laces and a white shank, a pair of hexagon-shaped sunglasses with orange rims, and gold chains on his neck, and colorful braid extensions. Some of the shapes on his jumper are constantly changing their colors.

During the chorus, the deep pink parts from his outfit turn into lemon-yellow and his shoes turn magenta.

The background is colorful and abstract, with different 3d/isometric shapes and glitch effects constantly appearing. During the verses and bridges, random 3d colored shapes with pixelated patterns extrude and move around. During the chorus and post-chorus, multiple instances of the word "Crayon" slide across the background. At the final parts of the routine, the background features a waveform textured with random colors while cubes and spheres float. The background shakes along with the coach's jumps.

Gold Move: Throw your arms up and slowly bring them down. 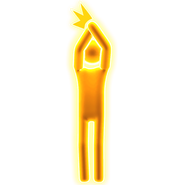 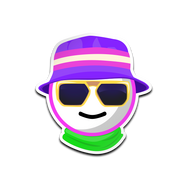 Crayon on the Just Dance 2020 menu 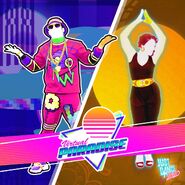 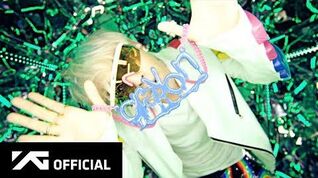 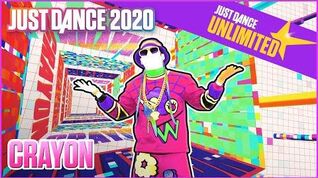 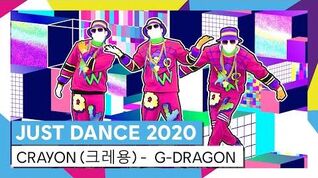 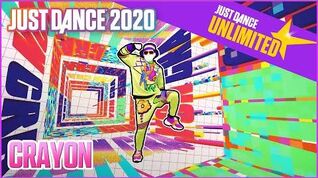 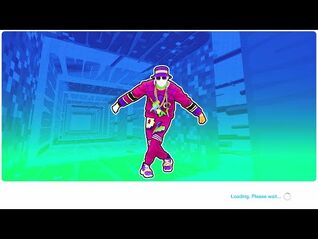 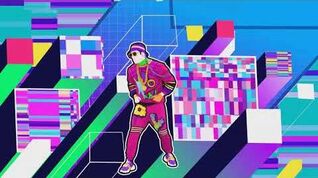 Retrieved from "https://justdance.fandom.com/wiki/Crayon_(크레용)?oldid=1369383"
Community content is available under CC-BY-SA unless otherwise noted.