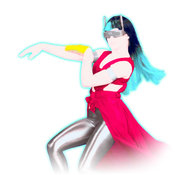 The dancer is a woman in futuristic style clothing. She has long black-and-cyan ombre hair. She wears futuristic shades with antennae on the left and right sides, a red dress, sleek silver pants, and dark blue/purple heels. Her outline is also cyan and her glove is yellow.

The background includes a floating reflective platform in space, futuristic effects appear during the song. During the refrain the background moves, it looks like the dancer is in a black hole. At the end of the song, she is abducted by a spaceship light. 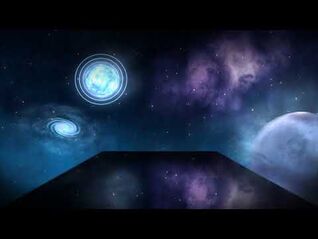 Gold Move 1: Open both of your arms outward.
Gold Move 2: Put your right hand up and hold it with your left hand up above your head. 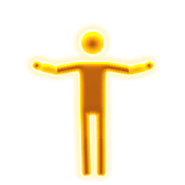 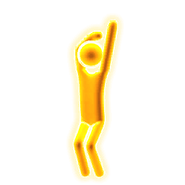 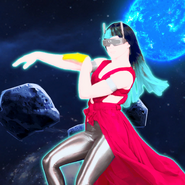 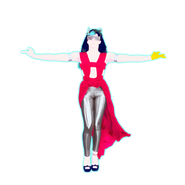 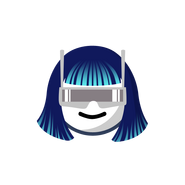 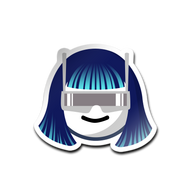 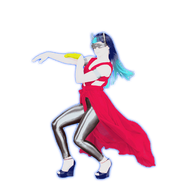 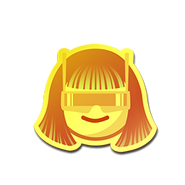 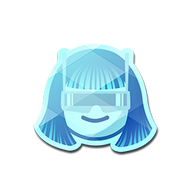 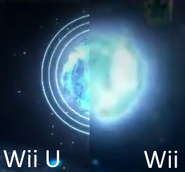 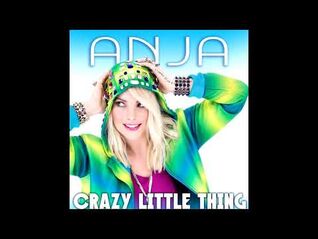 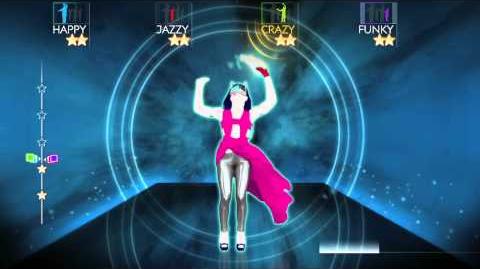 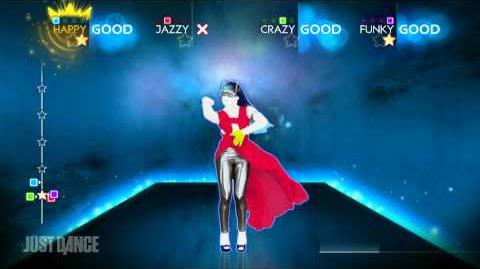 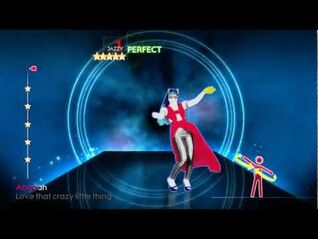 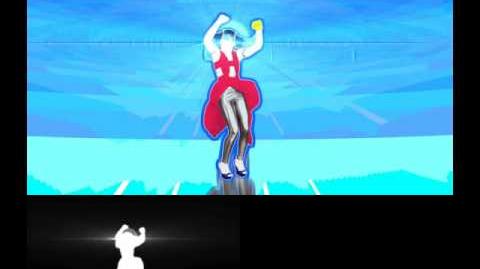 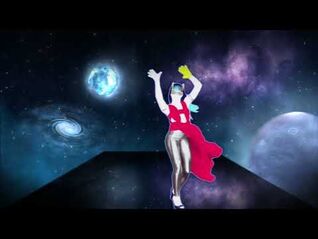