The dancer is a woman with brown curly hair, a purple and black dress with a gold belt, purple strap heels, and sunglasses. She has many golden accessories such as: golden designer earrings, a golden bracelet, and a golden necklace. 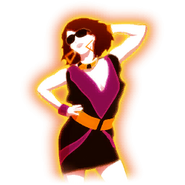 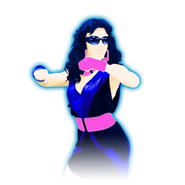 The background resembles a runway. At the beginning of the song, the dancer walks down the runway before starting her dance, making it apparent that she is supposed to be a model. The background consists of flashing lights. There are stage lights on the wall and floor. Yellow and white dots appear around the scenery, which form and fade out the dancer at the beginning and end. The lights abruptly stop after the song ends. 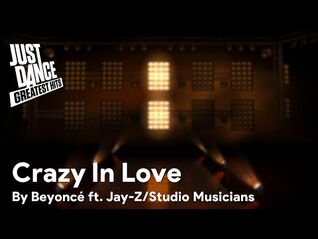 Everything is now pink and the background is pitch black when the dots appear. Also, the dots are now mostly light purple, white, gray, dark blue, and turquoise and they appear from a first-person perspective rather than from the sides.

All Gold Moves: While bending your legs, make a big circle with your right arm and put your left hand on your hip. 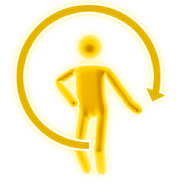 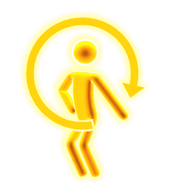 Crazy in Love appears in the following Mashups:

NOTE: If the word 'remake' is shown in brackets, it shows that this song’s remake is used in the Mashup.

Crazy in Love appears in Puppet/Party Master Modes. Here are the captions attributed to her dance moves: 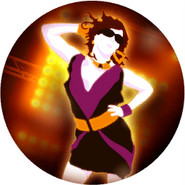 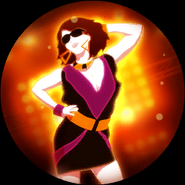 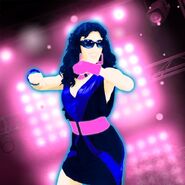 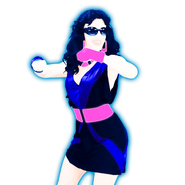 Crazy in Love on the Just Dance 2 menu

Crazy in Love on the Just Dance Wii menu 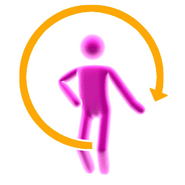 Beta pictogram 5
(not a Gold Move) 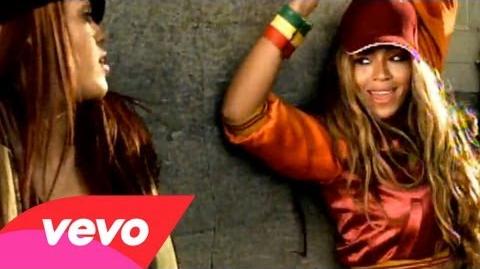 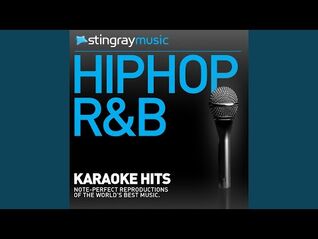 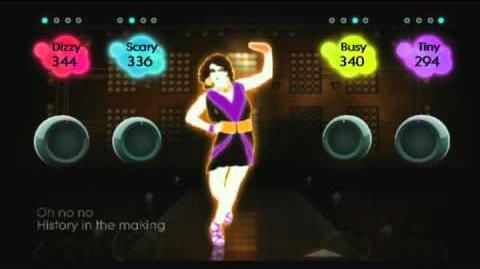 Crazy in Love - Gameplay Teaser (US) 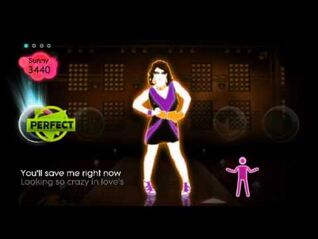 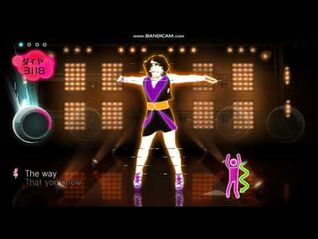 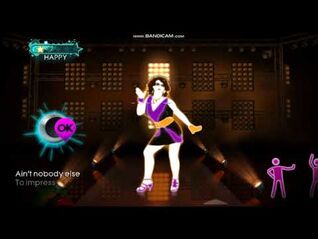 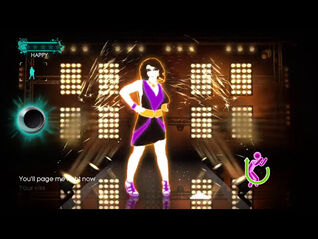 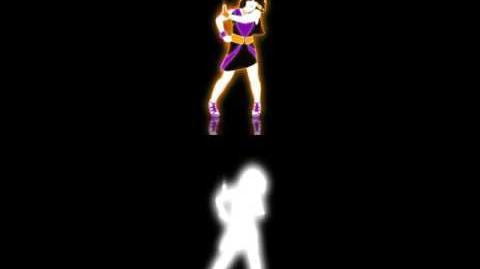 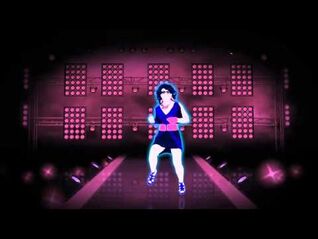