The coaches are a woman and a man. They have a blue-greenish outline.

P2 wears a reversed turquoise baseball cap and has a black beard. He wears a pair of black Ray-Bans, a golden chain around his neck, a dark purple leather jacket over a yellow undershirt, a golden watch on his right wrist, a pair of black jeans and red sneakers with black laces and white soles. 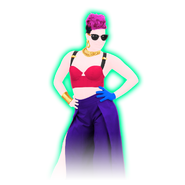 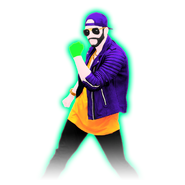 The song takes place in a prison. The song starts in a single cell, which zooms out as the doors close. During the "Tú me robaste" part, separate cells are lit up either cyan or magenta with one of the coaches inside them. During the chorus, the cells become purple and yellow and move up and down in opposite directions, which turn to magenta. During the "Tú me miras" part, the background zooms to secretary camera screens with the cells and coaches dancing inside, which is zoomed in. During the "como tú lo hace" part, it cuts to a crime scene with police tape reading "Criminal," then goes to a bunch of cell windows that glow pink. The song ends with the background returning to the beginning as the cell doors close.

Criminal is featured in the following playlists: 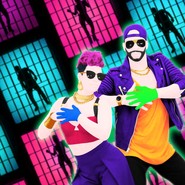 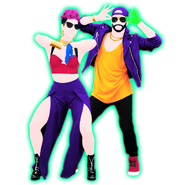 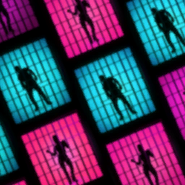 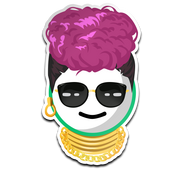 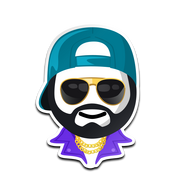 Criminal on the Just Dance 2019 menu

Criminal on the Just Dance 2020 menu 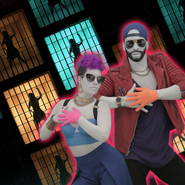 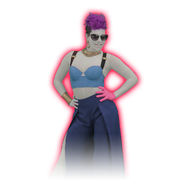 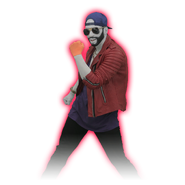 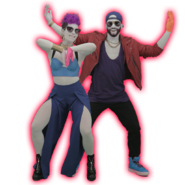 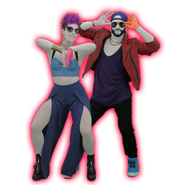 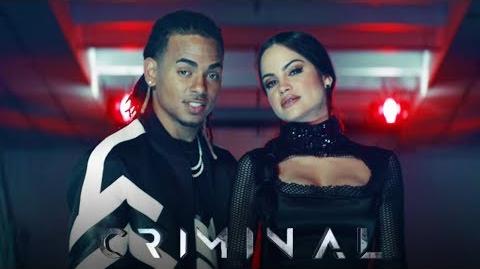 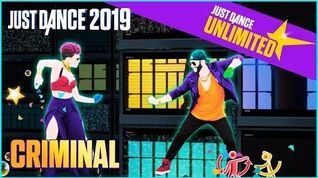 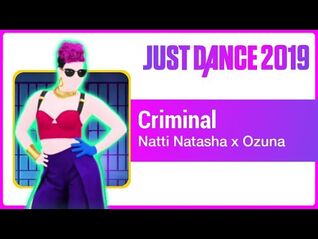 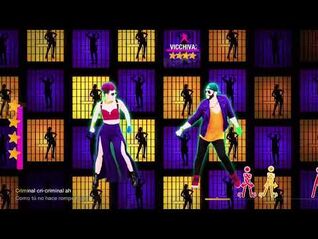