From the album & film

The coach has a red and white plaid bonnet covering her two black braids and wears a red blouse under a white shirt. She also wears a red skirt, long white socks, and black flats.

The background appears to be a garden with colored flowers and animal-shaped plants. The plants resemble a giraffe and an elephant.

The first background dancer wears a white t-shirt, a purple vest, purple and white plaid shorts, and purple shoes. He has a purple hat on his head resembling a sheet that is covering his black hair.

The second background dancer wears an outfit like the first dancer's, but his clothes are orange instead of purple. He has a hat on his head that resembles a carrot top.

There are 4 Gold Moves in the routine, all of which are the same.

All Gold Moves: Turn to the right and move your arms up and down like a crocodile mouth. 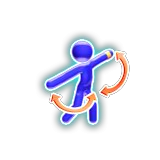 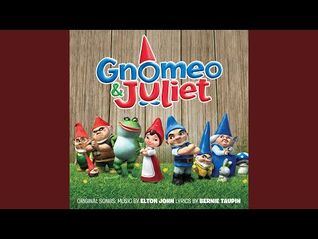 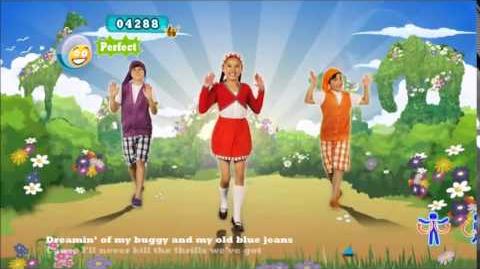 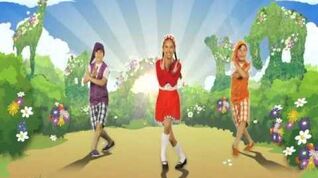