From the anime and album

The dancer is a woman with bob hair, one side in light pink and the other black. She wears a light pink crop sleeveless top, with a hot pink collar and lines as well as a large cleavage on her chest. The crop top is held together by interconnections with the hot pink lines on her chest. She also wears hot pink pants suspended by a black belt with a pink buckle, a light pink butterfly leg garter made with a black garter and a pair of black knee-length heeled boots with golden yellow soles. On her arms, she wears a black long glove with a hot pink bangle on her left limb and a black arm-length glove with hot pink borders. She has a dark pink outline.

During most of the routine, the curtains part away to reveal a bar. It features a counter with some wine glasses and chairs, a small stage with black colored instruments (a piano, a drum set and a cello), black overhanging lights, a small coffee table with three chairs and a wall in checkered patterns. Aside from few elements, everything is in different shades of turquoise green.

During the bridge, the curtains close in and spotlights shine around and in the dancer herself. 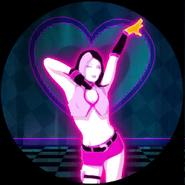 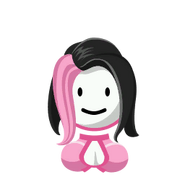 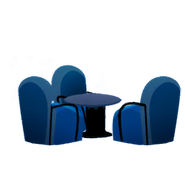 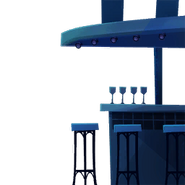 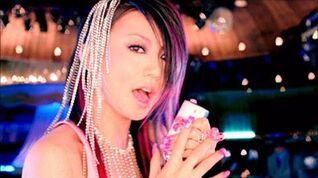 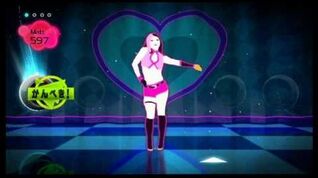 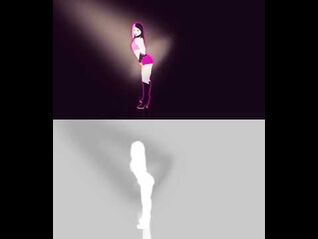