The dancer is a girl with tied up indigo hair with pink streaks. She wears a sleeveless indigo tunic with a yellow, pink, orange and white robotic face on it, orange leggings, indigo fluffy boots, and a pair of two fingerless gloves, one orange, and one pink. At the beginning of the routine, she appears with a chalk effect.

In the remake, the coach is a lot more realistic and has a darker color scheme. The chalk effect is removed when she appears, and the pixels that make up her body shake instead.

The background resembles drawings on a gray wall. It contains a blue skeleton head with yellow teeth, a yellow cassette player in the center, a mixtape, a lollipop, a bust-like drawing of Crazy in Love with blue skin and longer hair, a sketch of TiK ToK whose head is covered by the aforementioned skeleton head, an animated dog head, a few waves (recycled from Sway (Quien Sera)) with a few curved lines coming out of them, two pairs of cherries, pink stars, a few small yellow lightning bolt symbols, what appears to be a score ball, a few small white triangles, a white coffee cup with smoke coming out of it and "coffee" written in very dark brown, an hand with a fingerless glove on it (reminiscent of the one worn by Can’t Get You Out of My Head’s dancer), and the words: "Just", "DANCE", and "good". The floor is reflective and dark and the drawings move around and are animated.

In the remake, the background is darker and looks smaller, as if it was seen from further away than its original version. The cassette player now glows, the dog head is no longer animated, and new drawings appear, being: a banana, the words "take", "touch", and "the girls", and light blue stars, and the word "dance" doesn’t appear. The cassette player now also emits orange music notes. The drawings also move in different places.

All Gold Moves: Put your hands together pointing up while your legs are together. 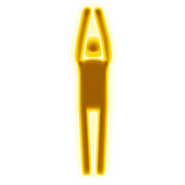 D.A.N.C.E. appears in the following Mashups:

D.A.N.C.E. appears in Puppet/Party Master Modes. Here are the captions attributed to her dance moves: 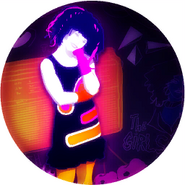 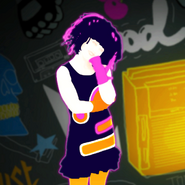 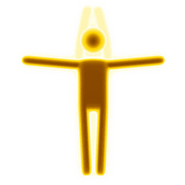 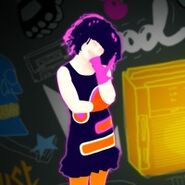 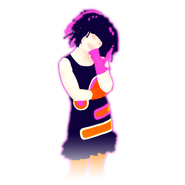 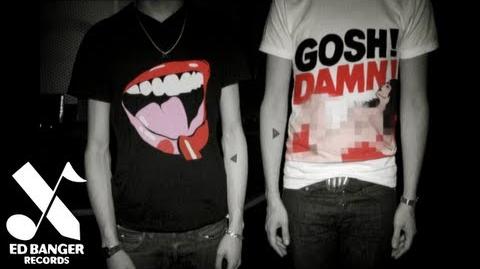 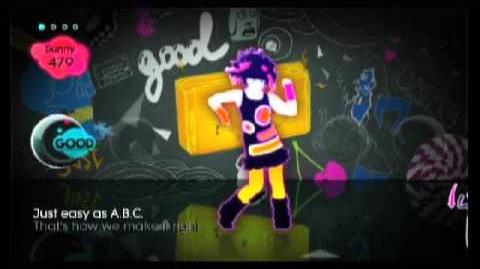 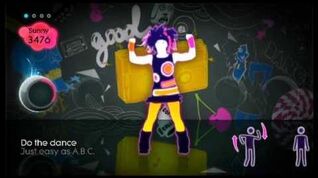 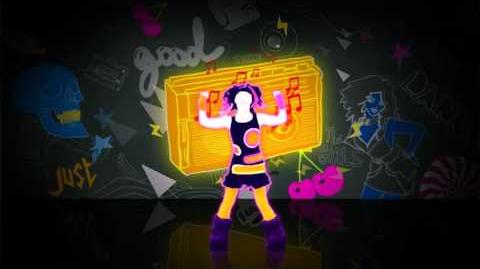