"Da Funk" by Daft Punk is featured on Just Dance 3.

The dancers are a pair of robots with magenta outlines. During the first two Gold Moves, the coaches turn black, and white gears can be seen. In their remake, their shading has been toned down.

P1 is a blue humanoid robot, with dark blue armor in the chest and groin regions. The head has a yellow rectangle in the eyes, which is blue, as well as a smaller red rectangle to represent the mouth. He has yellow small pads in his shoulders, elbows and knees as well as circular pads with a lime green emblem in the hips. The arms and legs have red bands. The inner parts are blue. 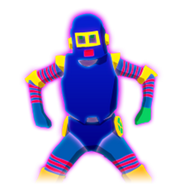 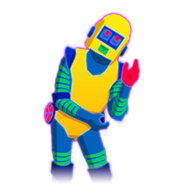 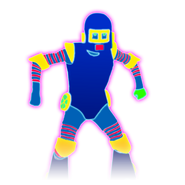 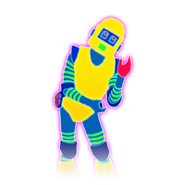 The routine takes place in a factory with conveyor belts and several nuts and bolts, along with pieces of machinery. During the second last verse, moving pink and green stripes can be seen on the floor. At the beginning and the end, two hooks take pick up the deactivated dancers.

Gold Moves 1 and 2: Punch the air beside you repeatedly.
Gold Move 3: Lift your hands and then lower them. 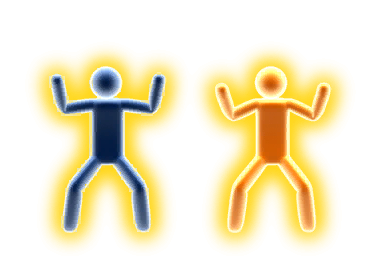 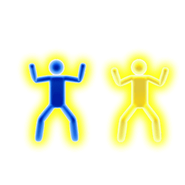 There are 2 Gold Moves in the Sweat Mashup: 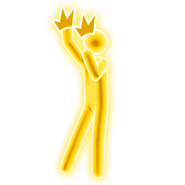 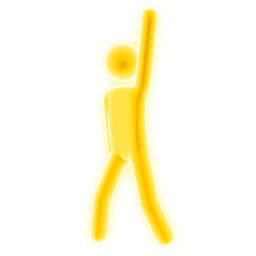 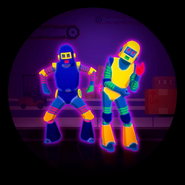 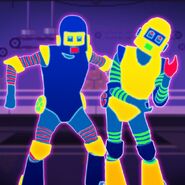 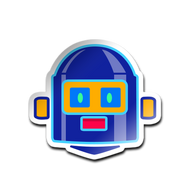 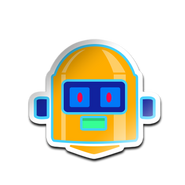 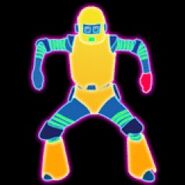 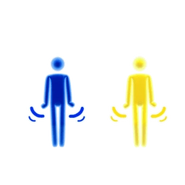 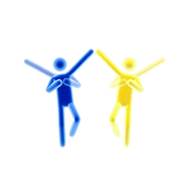 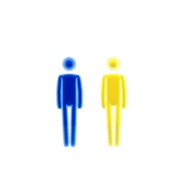 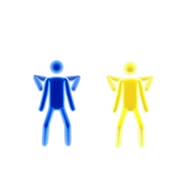 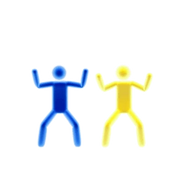 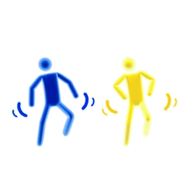 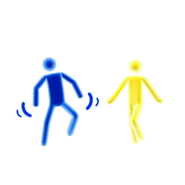 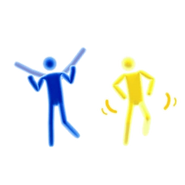 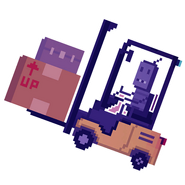 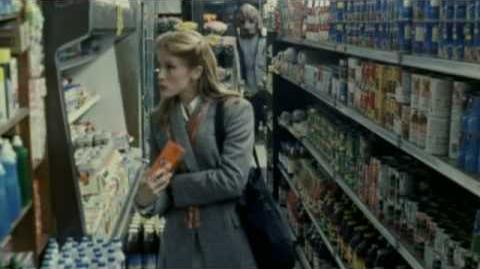 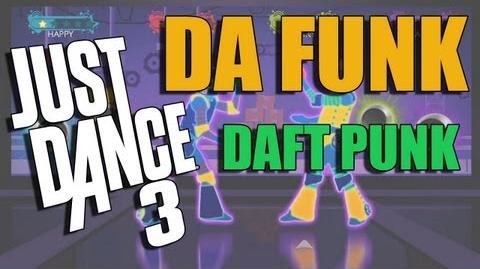 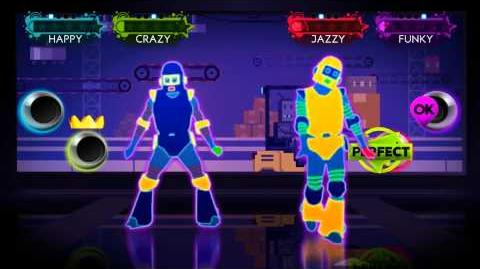 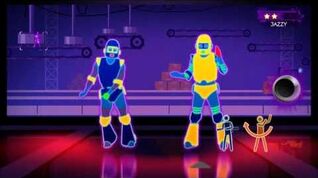 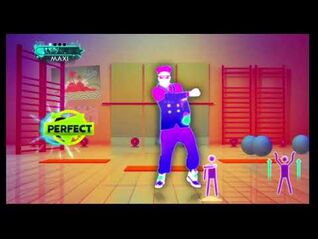 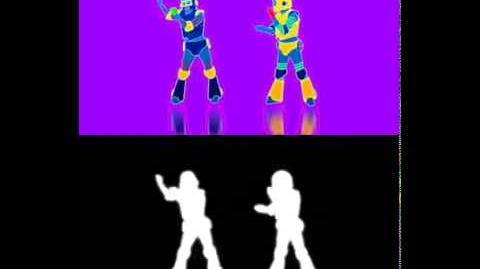 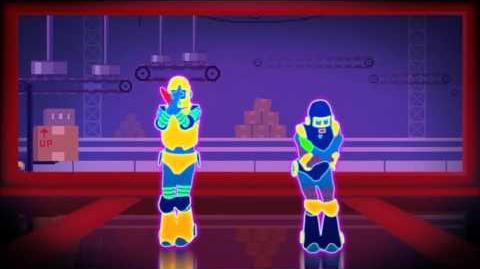