"大梦想家 (Da Meng Xiang Jia)" (also known as "Big Dreamer") by TFBOYS was planned to appear on 舞力全开2017, but was left out from the final game.

The dancer is a man dressed in a sailor's outfit. He wears a cyan blue beret over his black hair. He also wears a yellow sailor vest with red accents and dark cyan blue buttons, a long sleeve stripe sweater in dark cyan blue and cyan blue colors and a pair of yellow shorts with a red anchor design on the left side. There is a sky blue anchor patch on the right side of his vest's collar. He has a very thin black and white outline. 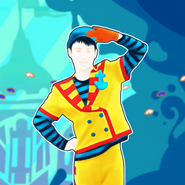 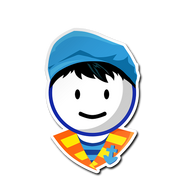 The square in a promotional image of the menu 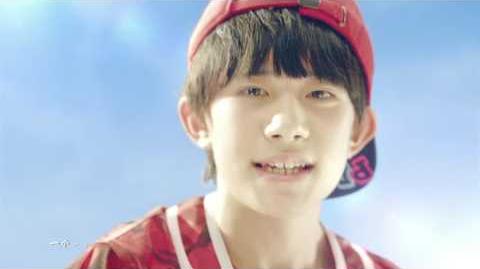