"Daddy" (stylized in-game as "DADDY") by Psy featuring CL of 2NE1 is featured on Just Dance 2017. It was briefly added to Just Dance Now before it was removed.

The song also has an alternate routine titled "Father/Son Version".

The lead dancer is a man and the backup dancers are women.

The lead dancer is a man who has black hair and wears black circular sunglasses. He is first seen wearing a yellow tank top, pink shorts with suspenders, turquoise soccer socks, and black shoes. At the chorus, he wears a turquoise blue one-armed shirt and matching vest with glass-cut triangles on the bottom edge, dark blue pants, and purple sneakers. His head is enlarged through the use of a model head and his body is shrunken, making him resemble a bobble-head model. 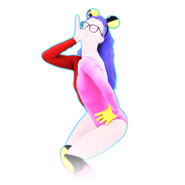 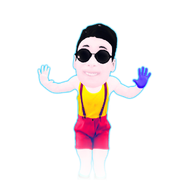 The routine takes place inside a room with a pink and white tiled floor, a front wall with yellow windows, and two side walls with pink and yellow equalizers. The floor flashes a bright yellow, with yellow squares popping outside the windows. At the chorus, the floor flashes other colors, having small squares of various colors (mostly pink) fly across the ceiling. Afterwards, the other background comes back, this time replacing the yellow flashes with blue ones. There are clones of the women lined up in neat columns behind the backup dancers.

DADDY has a Mashup on Just Dance 2017 with the theme K-Pop. The Mashup can be played through Just Dance Unlimited.

Gold Moves 1, 2, and 4: Cross your feet, lean slightly to the right, and point to yourself with your right thumb. Gold Move 4 has some additional head bobbing.
Gold Move 3: Spread your arms and feet out. 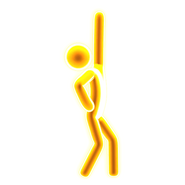 The routine is only available on Wii U, XBOX ONE, PS4, and PC. It is replaced with the Helmet Version of RADICAL for the Chinese Version and the Nintendo Switch Version. 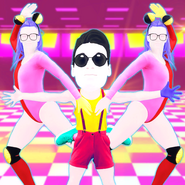 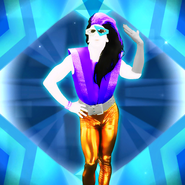 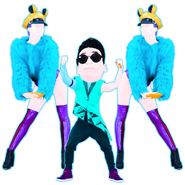 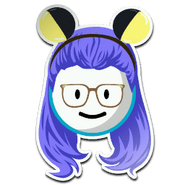 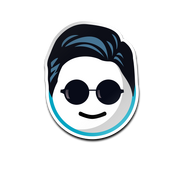 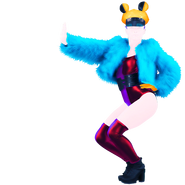 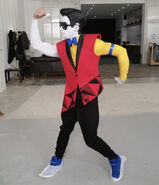 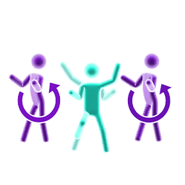 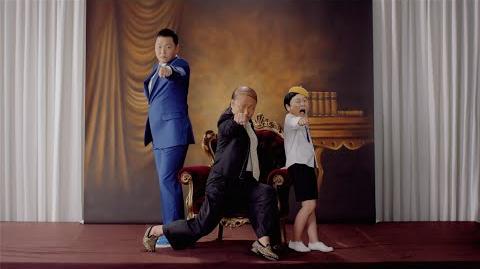 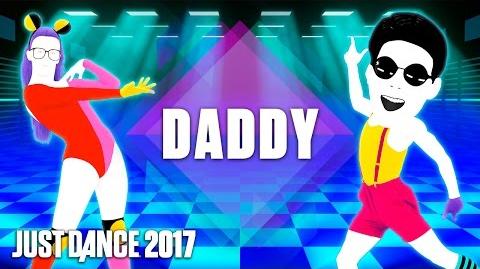 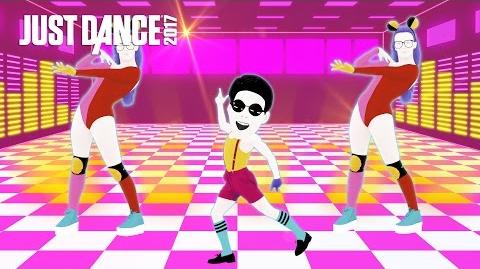 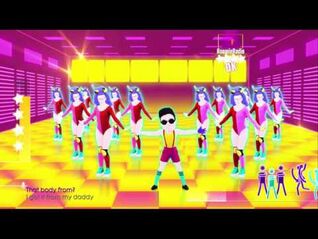 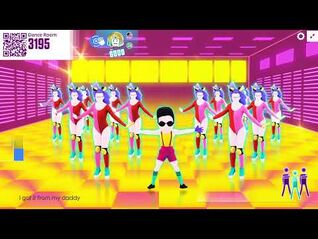 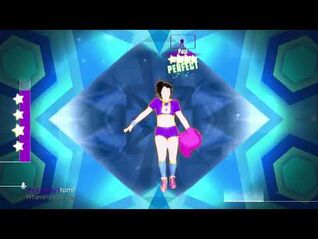 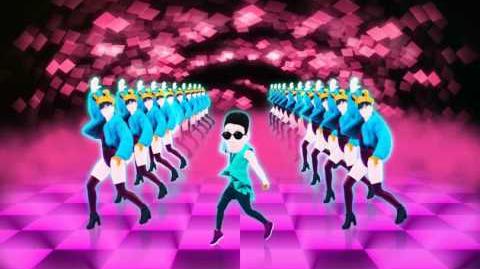