Juliana Herrera[1]
"Dançando" by Ivete Sangalo is featured on the NTSC version of Just Dance 2014. It is also available as DLC for the PAL region. 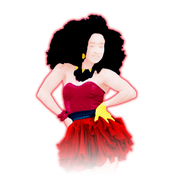 The dancer is a woman with large, poofy black hair. She wears golden earrings, an indigo necklace with blue triangles, a red dress with a indigo band ruffle-like skirt, and a pair of black heels. She wears two red bracelets on her left wrist.

The background is inspired by Brazil. On it are some blue, green, pink, yellow panels of different widths and lotus leaves. It shows some lyrics from the chorus of the song. There are four silhouetted dancers in the background, all of whom look like samba dancers.

Gold Move 1: Pose facing your left side with your arms behind your body while shaking your body at the same time.
Gold Move 2: Similar to Gold Move 1, but done twice.
Gold Move 3: Do a circle in the air backwards while slightly crouching. 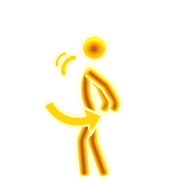 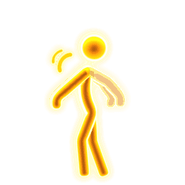 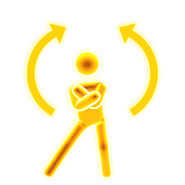 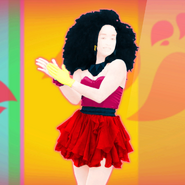 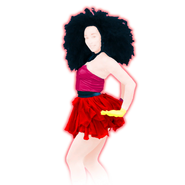 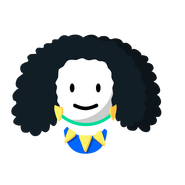 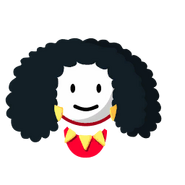 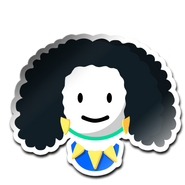 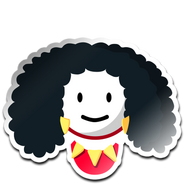 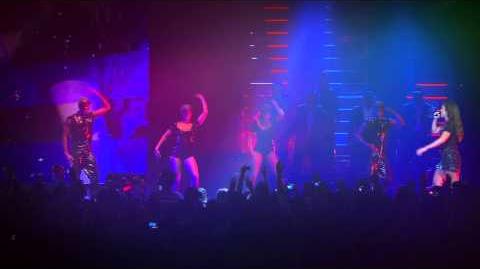 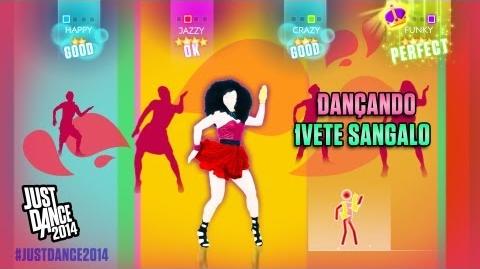 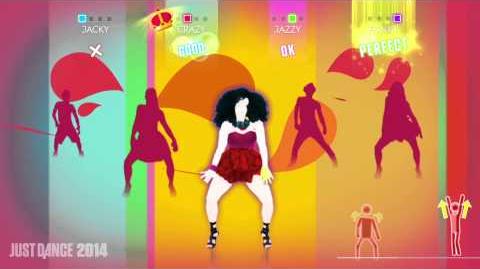 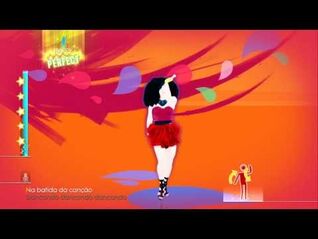 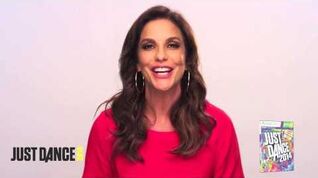 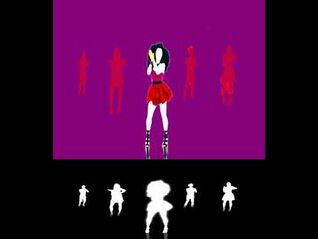 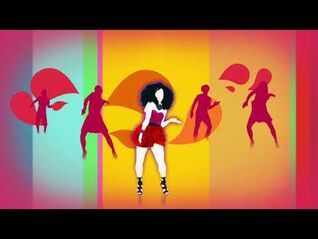