Just Dance Wiki
Register
Don't have an account?
Sign In
Advertisement
in: Songs by Dream5, Songs, 2010s,
and 7 more
English

P1 is Keita/Nate. He wears a red T-shirt with a white star, a pair of brown pants, a brown belt, and a pair of blue, white and red boots.

P2 is Fumika/Katie. She wears a collarless black and a white shirt, a white colored pullover with a pink heart, blue shorts, and a pair of black shoes. 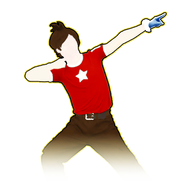 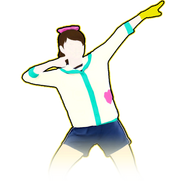 Several boom boxes are stacked around. A Yo-Kai character is standing on the boom box on the left and on the right. A big projection of Bully-Taichō/Sgt. Burly is seen behind the dancers, dancing along.

Both Gold Moves: Move your right arm to the right and your bent left arm to the left, in two inverted semicircular motions. 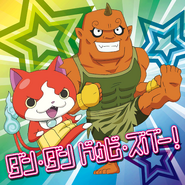 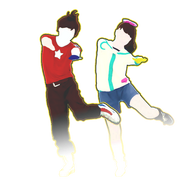 Pictogram error 3 (the hands blend into each other) 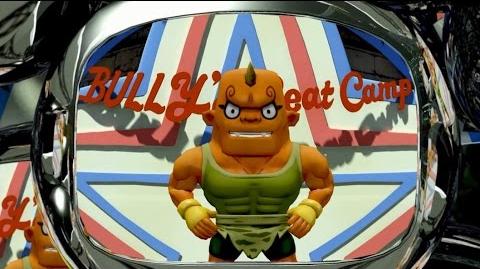 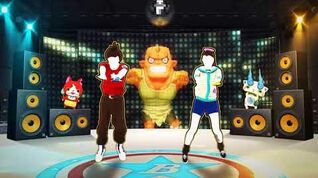