GiveMeMore
"Dance All Nite" by Aneea (formerly known as Anja) is featured on Just Dance 3.

The dancer is a woman dressed as a performing singer. She has short violet hair and a small magenta microphone accessory on her left ear. She wears a short sleeved purple dress with a shiny orange ruffle, a shiny orange vest with pink puffy balls, and purple knee-high boots that also have elements of pink.

The background consists of a reflective black runway, with rotating black squares that feature differently colored thin lights. The background is also teal and blue. Right before the song starts, a female voice can be heard saying "Check one, two. Check one, two.". On the Xbox 360 version, the background has some slight effect differences. 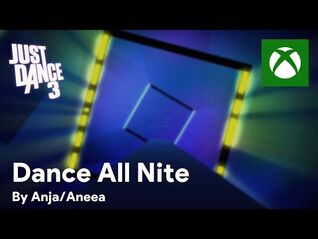 All Gold Moves: Swing your right arm in front of you, then swing your left arm under your right. 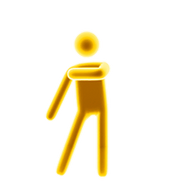 Dance All Nite is featured in the following Mashups:

Dance All Nite appears in the following playlists:

Dance All Nite appears in Puppet/Party Master Modes. Here are the captions attributed to her dance moves: 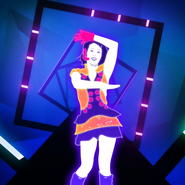 Dance All Nite on the Just Dance 3 menu (Wii/PS3)

The coach’s appearance on the game cover
(near top right) 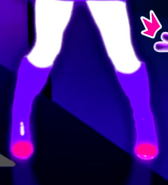 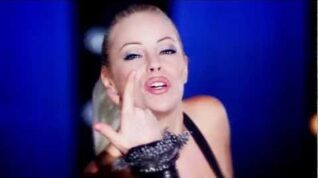 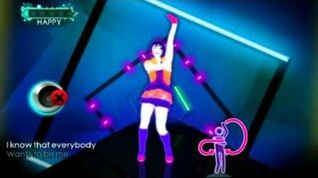 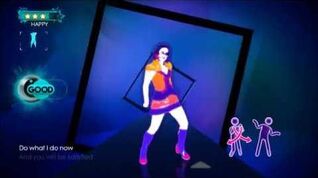 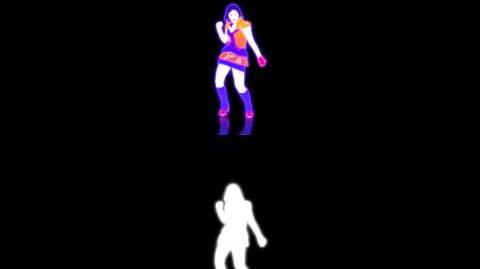