"Dance My Generation" by ゴールデンボンバー (Golden Bomber) is featured on Just Dance Wii U. 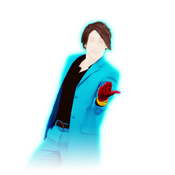 The dancer is a man with brown hair. He wears a black shirt, a cyan tuxedo with a black belt, and brown shoes. He resembles Jun Utahiroba.

The dance takes place in a subway. There are various posters in Japanese, and numerous neon lights rapidly zoom outside the windows. There are three other men behind the dancer that resemble the rest of the member of Golden Bomber, all of whom follow his movements during the pre-chorus, chorus, and final part of the song. 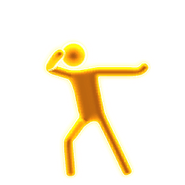 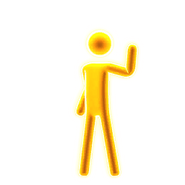 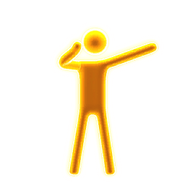 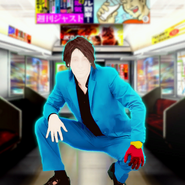 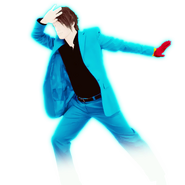 Dance My Generation on the Just Dance Wii U menu 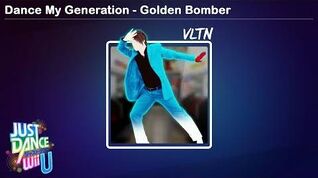 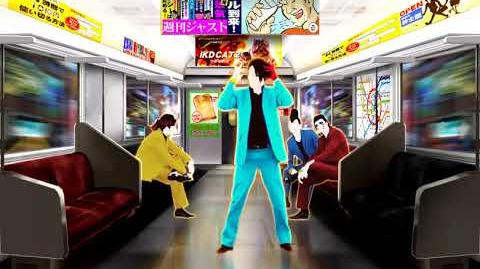 Dance My Generation - Just Dance Wii U (No GUI)

Retrieved from "https://justdance.fandom.com/wiki/Dance_My_Generation?oldid=1207700"
Community content is available under CC-BY-SA unless otherwise noted.