The routine is performed in a trio, with the dancers in outfit that is a cross between futuristic and Egyptian.

The backup dancers, P1 and P3, begin as female cat dancers similar to the music video. Their skin is reddish brown and they wear light blue tops and skirts with dark blue and gold highlights. Their hair is dark blue cut in a bob style having an ombre effect changing to light blue.

During the chorus, C1 turns into the male servants (but with blue skin) similar to the music video and are wearing necklaces and purple shorts and shoes. They appear as shirtless. During the bridge, they have neon color schemes with neon red and purple pants and black skin with red light shadings.

P2 is a woman. She has turquoise poofy hair with red highlights, an Egyptian crown colored in the shades of the outfit, a red like bra shaped top, a turquoise long skirt with no fabric on front and a big red design, tied with gold chains like a belt. As for footwear, she has gold bejeweled sandals with heels on. During the chorus, she is in a golden bodysuit bejeweled with decorations. During the bridge she has the same outfit as in the verses, but with a black skin and neon outlines. 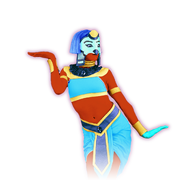 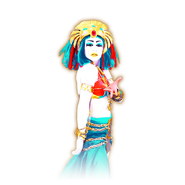 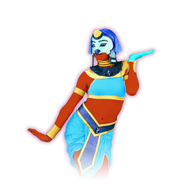 At the start of the routine, it first features a wall filled with the dancers in various poses, depicting in events that happened. It features the male and female backup dancers, the lead dancer (holding a black triangle in one of the depictions), a sphinx in dull magenta and cyan colors, and a dull magenta pyramid in cartwheels. As the routine slowly starts, the wall is slowly burned out to reveal the next background.

In the next background, it features a cinematic forward of an Ancient Egyptian palace, where rows of guards (portrayed by the male dancers) stomp their foot and golden staves. It soon features the main dancer and rows of her backup dancers, slowly start dancing to the routine. The palace is made of sandstone, with pillars and stiff arches decorated with colorful hieroglyphs. At the back of the dancers is a wall made of sandstone, which shares the same details with the wall at the start of the routine. At the feet of the dancers is a dull red carpet that reaches to the back. It also features shimmering pools at the side of the background, and bare areas at the walls that features the sky, with the left side dark and cloudy and the right side shine bright by a rising sun. As the routine slowly reaches to the second half of the verses, a statue of a sphinx slowly appears in at the back of the dancers and the section of the walls slowly move. Throughout the routine, many backup dancers appear in a magical smoke-like fashion and the glyphs on the floor glow to the beat of the music.

During the pre-chorus, the background burns away to reveal a desert, which shares a similar design in the sky with the first background but with the sun in the right side of the center and by the horizon. As the song progresses, the earth shakes and a large pyramid emerges from the ground, following by two smaller pyramids that emerges by it side, with all of the pyramids floating in the air. As it slowly approaches to the chorus, the large pyramid emits glows from its section lines and it briefly flashes into a version full of neon colors.

During the chorus and the bridge, the background completely changes into its neon version, where the floor is reflective and the pyramids are black, with neon cyan futuristic geometric designs in the surface. The sky is entirely black and large rings of neon hieroglyphs appear above the pyramid, as well as neon spotlights next to it.

At the final parts of the routine, it quickly shifts into the background chorus as soon as the next lyrics arrives. As the song ends, it quickly reverts to the first background, but with the backup dancers mixed up with female and male dancers. The routine slowly burns off, and reverting back to the wall at the start of the routine.

Dark Horse has a Mashup with the theme Mystic Princesses. It can be unlocked for 20 Mojocoins.

All Gold Moves: Cross your arms over your chest and then shake your head.

Gold Moves 1 and 2: Bend over and put both your hands behind you while semi-crouching. (She Wolf (Falling to Pieces))
Gold Move 3: Cross your arms over your chest, and then shake your head. (Dark Horse [P2]) 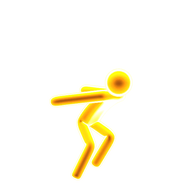 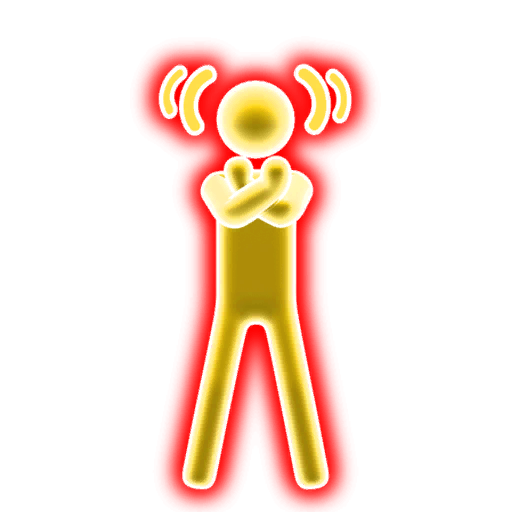 Dark Horse has a Community Remix. The following are featured:

Dark Horse (P2) is featured in the following Mashups: 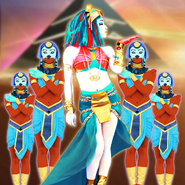 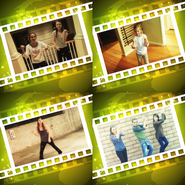 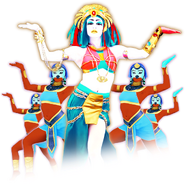 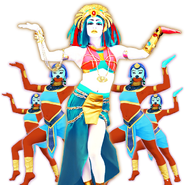 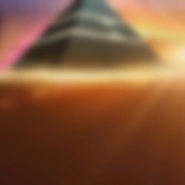 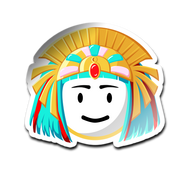 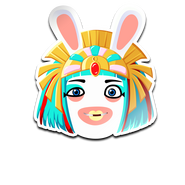 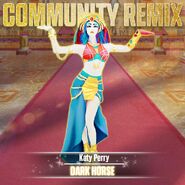 Announcement for the Community Remix 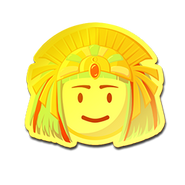 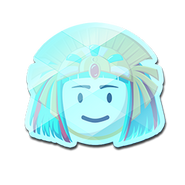 Woman from the Community Remix cosplaying as P2 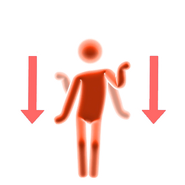 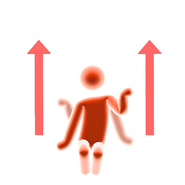 The painting of the dancers shown before and after the routine 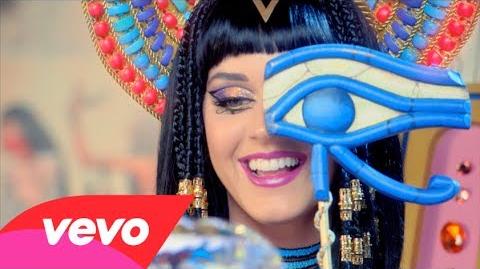 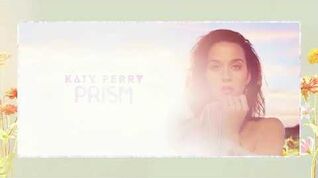 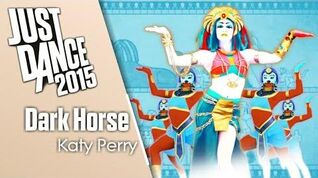 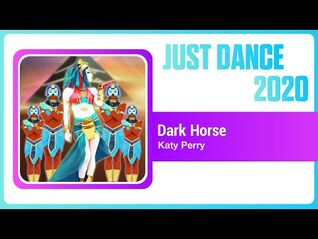 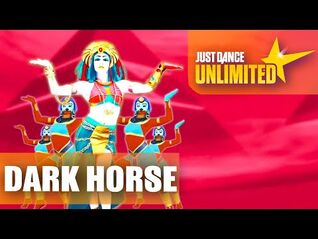 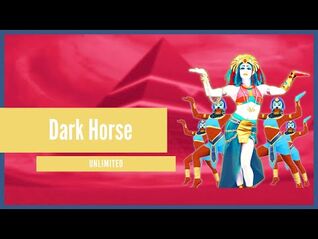 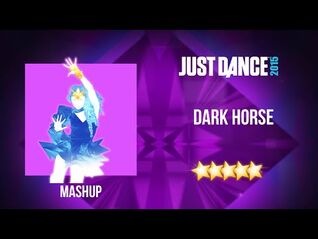 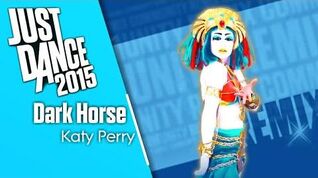 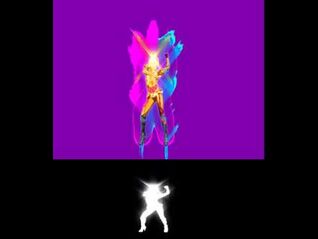 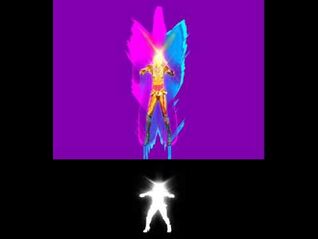