The dance is performed by a group of women.

P1 has black hair which is tied into a top bun with a bright green bow, and has a fringe in the front. She wears a crimson-red glittery wrap dress with a black collar which is attached to the rest of the dress by two narrow extensions of the latter. There is a dark violet belt around her waist with a golden buckle that has a golden heart design in the center. She also wears an arm-sleeve of the same color as her dress on her right arm which does not cover her hands. She wears black, heeled platform boots with crimson red heels and accents.

P2 has long violet hair that is gathered by her left shoulder, but is mostly loose in the chorus. She wears a black beanie with a golden chain in the front. She wears a maroon red latex crop top with a choker that goes around the back and sides of her neck, and is connected by a small gold chain in the front. She is wearing a pair of baggy lime green pants with a black waistband and cuffs. The pants have huge cuts in the front, revealing parts of her legs. She wears two black bands around her thighs right above her knees. She wears lavender-blue knee socks and crimson-red ankle boots. She has a golden bracelet and a crimson bracelet on her right hand.

P3 has purple and pink shoulder-length hair in a half-up half-down top knot bob that is sectioned into two halves with the fringe being completely purple. She wears a yellow buttoned shirt which is tied around the stomach at the bottom, and unbuttoned towards the top. She is wearing a pair of glittery lavender-blue shorts and high knee boots of the same color. There are black straps over her upper body, and it is adorned with golden buttons. She wears a small light green necklace and some golden bangles on her right hand.

P4 has hot pink hair tied into two side buns that go into long braids on each side. She wears a black bra, over which she wears a purple cropped blazer with shoulder pads and full sleeves. She wears a pair of latex black shorts and thigh leg sleeves of the same color. Her peep-toe ankle boots are crimson red, with black laces and black heels. There are golden straps over her shorts that travel right about her sleeves, and end around her ankles where the sleeves end. She is wearing a heavy golden necklace, golden hoop earrings, and a golden bracelet around her right wrist. 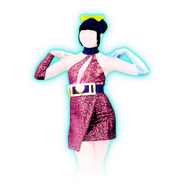 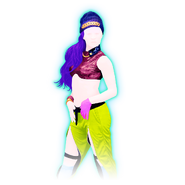 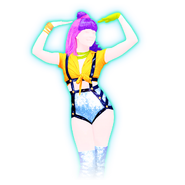 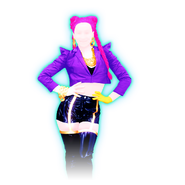 During the intro, a dark gray diamond shape rises behind the dancers before it flashes white and hot pink, before two triangles forming another diamond bulge out in the middle. The shapes appear to "shiver" in the middle every time the beat drops, and even more shapes, particularly arrow shapes, start to expand from the middle of the diamond. In the verses, the small shapes appear to move together in unison, except when the arrows poke out into the sides. At the end of the second verse, the camera zooms out four times.

In the pre-choruses, identical shapes start to move to the center before they settle in and all the shapes zoom to the right. When a wave move occurs, pink arrow shapes zoom up from the coaches one-by-one. The choruses involves the shapes vibrating and flashing white, black, and pink, along with the room vibrating.

In the bridge, hot pink circles and surrounding curves zoom to the right, similar to what happens in the pre-choruses. This time though, the circles zoom left, up, and down, corresponding to the coaches’ movements. In the second half of the bridge, the circles turn black and white, while still moving correspondingly. This is followed by the shapes quickly flashing pink before the outro, where all the shapes turn black with pink outlines (they still flash pink to the song’s beat at times). Light pink diamonds can also be seen bulging from the middle of the room.

Gold Move 1: Punch the air with both hands while separating your legs.
Gold Move 2: Do a finger bang with your hands then raise them over your head.

This section is a stub. You can help by adding to it.
This section details the release and removal history of Ddu-Du Ddu-Du.

Ddu-Du Ddu-Du is featured in the following playlists: 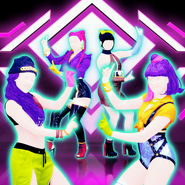 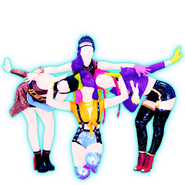 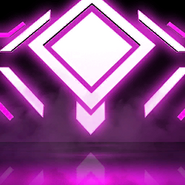 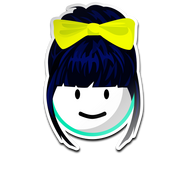 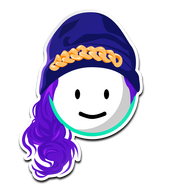 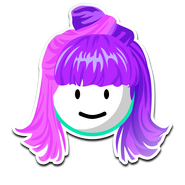 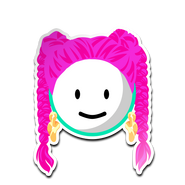 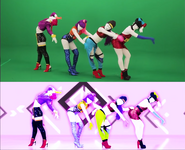 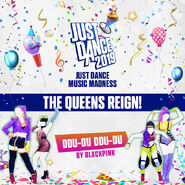 P4 on the icon for the Just Dance Now playlist "Got the Groove" (alongside Soy Yo, Rasputin, and In the Hall of the Pixel King) 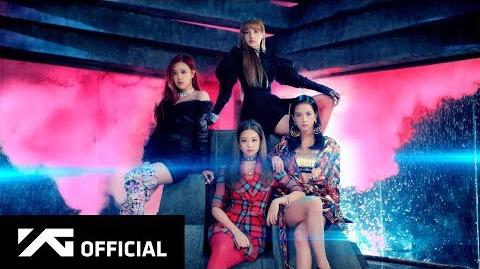 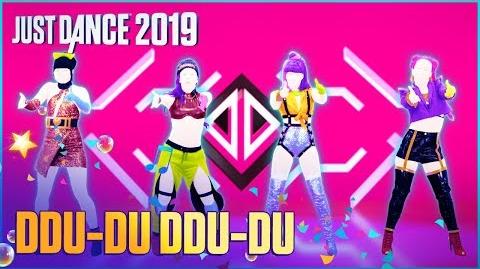 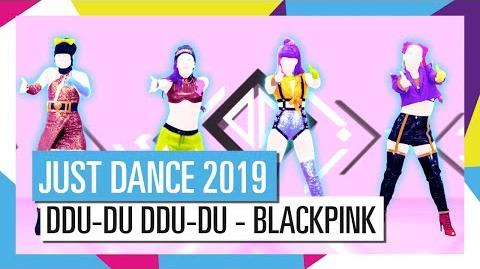 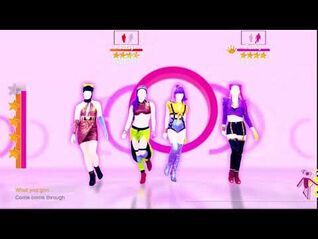 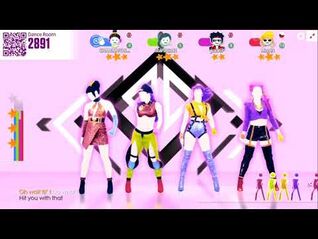 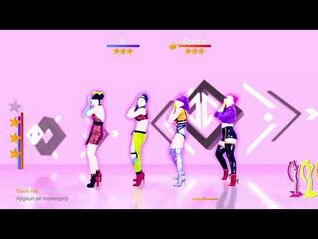 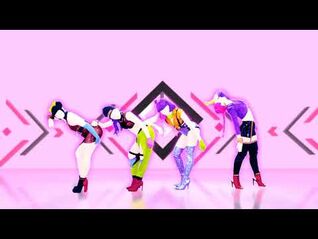 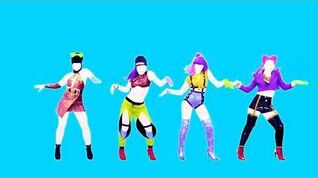 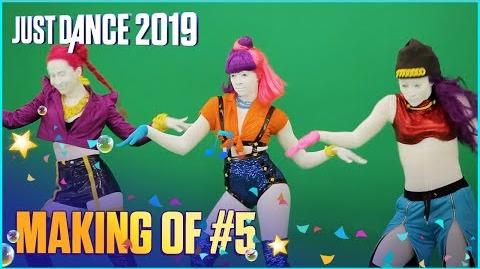 DDU-DU DDU-DU - Behind the Scenes (US) 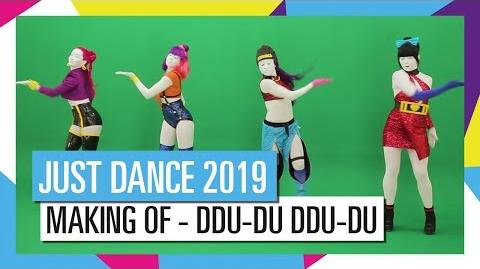 DDU-DU DDU-DU - Behind the Scenes (UK)