The coach is a boy. He has short black hair, black coat, light purple scarf, black jeans, and shining black shoes. He is dressed similar to Gru, the main character of the movie the song is from.

The dancer is backed up by two girls, each of whom has brown hair tied up in a ponytail. They are each wearing a black jumpsuit, a pink and white scarf, and a pair of black shoes.

The routine takes place at night in a grey balcony with ampoules. A skeleton is present in a vessel of purple liquid, as well as two red spheres generating electricity.

All Gold Moves: Raise both hands up to your head. 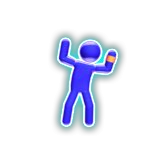 Despicable Me on the Just Dance Kids 2 menu (Wii)

Despicable Me on the Just Dance Kids 2 menu (Xbox 360) 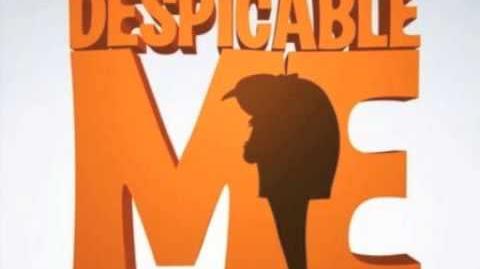 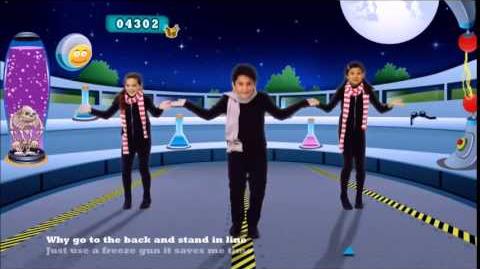