The routine features a duet of dogs. They both have a solid black and white outline.

P1 looks similar to a Doberman. He has pink fur and a big, black nose. His hair is in a large, bright purple afro with a yellow hair pick inside. His outfit includes an oversized, yellow puffer coat with a mint green shirt beneath, bright purple harem pants, light orange skating shoes with white soles and laces, and a yellow visor cap. His accessories include circular sunglasses with yellow frames and translucent black lenses, and yellow chain necklaces, one with a bone-shaped pendant. His left hand is bright purple and his right is cerulean.

P2 is a bulldog. He is primarily orange, with cerulean blue ears, spots on his eyes, and fur on his stomach. His hair is cerulean blue as well, in three short dreadlock-like strands. He has two ring piercings on the left ear, yellow aviator sunglasses with black lenses, and a mint green bandana, knotted on the front left. His outfit simply consists of a bright purple open shirt and yellow sneakers with a blue stripe and black laces. Similar to P1, he has multiple gold chains, one with a large dollar sign pendant. His glove is lime green. 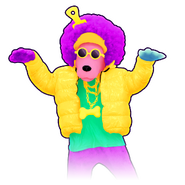 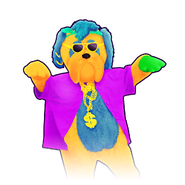 The background is white and consists mainly of stereo speakers in a multitude of bright colors and shapes. They are seen stacked haphazardly around a central pathway for the coaches, building a revolving tower, and in concentric spinning rings. They often bounce correlating to the bass of the music. At times in the song, the dancers' head and shoulders will pop up in monochromatic color schemes —  P1 in purple and P2 in pink — and nod to the lyrics. At the chorus, a central yellow stripe appears that larger magenta speakers float along.

Gold Move 1: Jump with your arms out while facing the other player.
Gold Move 2: Punch above your head with both arms.

Dibby Dibby Sound is featured in the following playlists 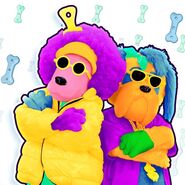 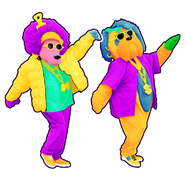 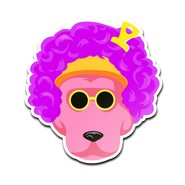 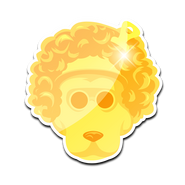 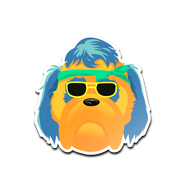 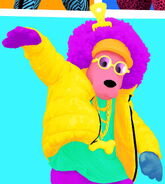 Pictogram error 2 (the outline of the arrow exceeds its boundaries)

Pictogram error 3 (the outline of the arrow exceeds its boundaries) 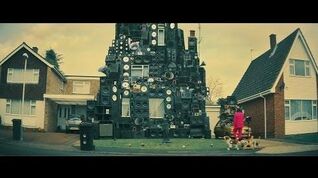 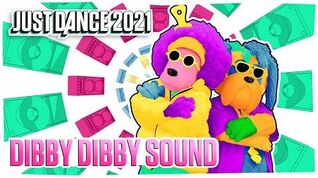 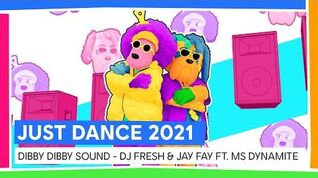 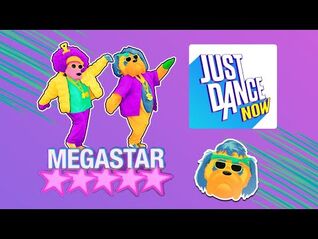 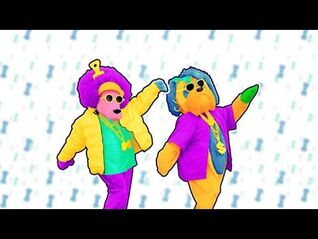