"Did I Mention" by Jeff Lewis and Mitchell Hope from Descendants is featured on Just Dance: Disney Party 2.

The coach, a teen meant to resemble Ben, sports a buzz cut. His outfit includes a blue and white sports jersey, and a pair of blue and white shorts. The jersey has the Auradon Prep emblem in the middle. His footwear includes matching blue knee-high socks and black sneakers with blue soles.

The routine takes place on a Tourney field with two trees in the background. In front of the trees is a long row of bushes aligning an uneven stone road. One of the ends of the Tourney field includes a line of blue and yellow triangular flags that slide up and down, with a goal in the middle. The goal is adorned with two white flags with the Auradon Prep emblem on them. A painted emblem can also be seen on the neatly mowed field, in front of the goal.

The dancer is accompanied by two backup dancers meant to resemble cheerleaders. Their wardrobe includes blue cheerleading dresses with white bodices and sneakers. Both cheerleaders also have their hair tied into high ponytails, although the left cheerleader has black hair, and the right has blond hair.

When the first beat plays sometimes, and especially during the choruses, several marching band instruments appear at the bottom and shoot golden confetti out, which then rain down around the coaches. The instruments, which slowly grow from smallest to biggest and with one on each side, are, in order of appearance (not counting repeat appearances, because they reappear with the new instruments):

Gold Move: Swing both your arms out to your sides and slide to the left. 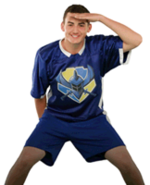 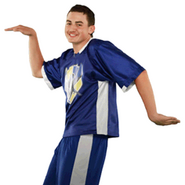 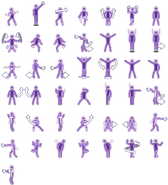 Did I Mention? on the Just Dance: Disney Party 2 menu 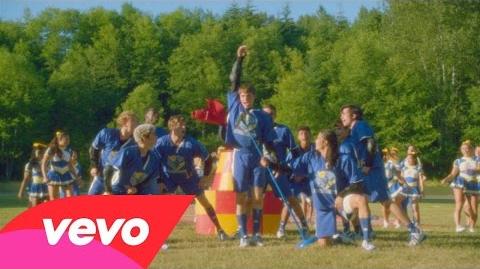 Mitchell Hope - Did I Mention (From "Descendants") 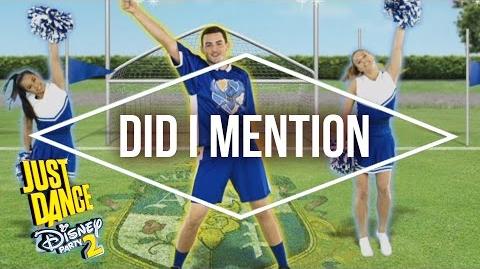 Did I Mention - Gameplay Teaser (US) 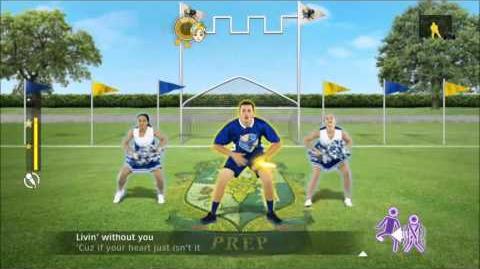 Retrieved from "https://justdance.fandom.com/wiki/Did_I_Mention?oldid=1371654"
Community content is available under CC-BY-SA unless otherwise noted.