"Djadja" (stylized in-game as "DjaDja")[2] by Aya Nakamura is featured on Just Dance 2020 as a French exclusive and Just Dance Unlimited.

The dancer is a woman with long black hair with a hot pink streak in a high braided ponytail, suspended by a black band. She wears a golden-yellow cropped long sleeved top with a turtle neck. On the top half of her arms and shoulders, it is colored cyan and the collar is colored blue. Light lavender lines are present around her top and intersect together, around the shoulder and arm areas. The top also has light lavender borders on the ends of the crop top and sleeves. On the middle of the crop top is a shiny black closed zipper. She also wears a pair of golden-yellow biker shorts with a black buckle on the waistband. The shorts also have cyan accents on the side of the hips, with light lavender lines intersecting on the borders. Lastly, she wears a pair of hot pink knee socks and black platform heeled ankle boots with laces. Her accessories include a pair of black square sunglasses and light lavender hoop earrings.

The background takes place on a completely colored city area, with arches with balconies and windows. The center is a terrace step and there are numerous colored palm trees. The routine has several moving angles, focusing on the coach such as zooms and moving in different sides. Shadows can be seen throughout the routine, which originates from the arches and trees, and follows on a certain angle depending on the camera angle of the routine. The elements in the buildings and surroundings glow to the beat. The music video of the song can be seen during the chorus, which is part of the background and it has a color gradient depending on the background's color scheme.

There are 3 Gold Moves in this routine.

Gold Move 1: Squat down slightly to the right with both hands on your knees.
Gold Move 2: Point to the sky with your right hand while slightly turning your body forward.
Gold Move 3: Slash your right arm to your left hip. 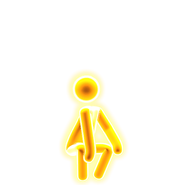 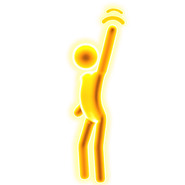 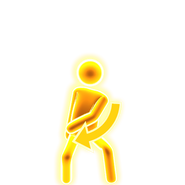 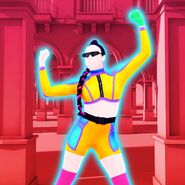 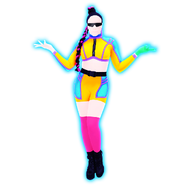 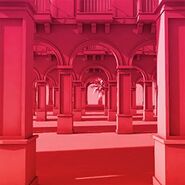 DjaDja on the Just Dance 2020 menu 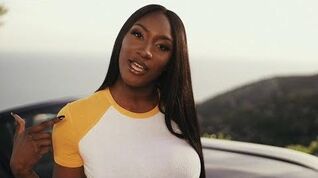 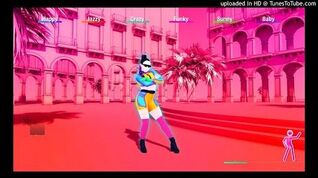 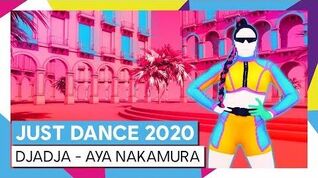 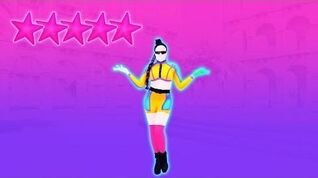 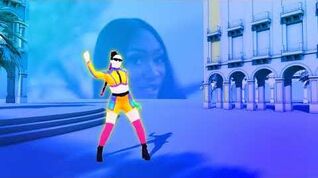 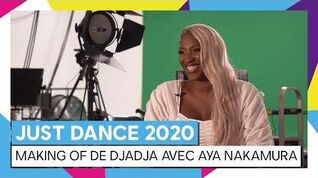 Djadja - Behind the Scenes

Retrieved from "https://justdance.fandom.com/wiki/Djadja?oldid=1143359"
Community content is available under CC-BY-SA unless otherwise noted.