"Domino" by Jessie J was planned to be featured on Just Dance 3, but it was scrapped for unknown reasons.[1] It was later featured on the Wii U version of Just Dance 4, Just Dance Now, and Just Dance Unlimited.

The dancer wears a multicolored jacket (yellow, pink, blue) over a short blue tee, multicolored shorts in the same colors, pink and blue tights and pink sneakers. She has long, purple hair tied in a pony tail.

The background is a dark green room with rectangular and square shaped domino pieces that move out with the rhythm of the music. Their color changes to green, yellow and pink.

Gold Moves 1 and 2: Raise your right arm while resting your left arm by your hips.
Gold Move 3: Put your arms down while looking up high.

Domino appears in Party Master Modes. Here are the captions attributed to her dance moves:

Domino appears in the following Mashup:

Domino is featured in the following playlists: 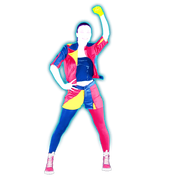 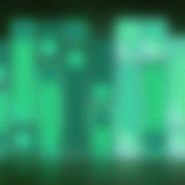 Domino on the Just Dance 4 menu

Domino on the Just Dance 2017 menu

Domino on the Just Dance 2018 menu 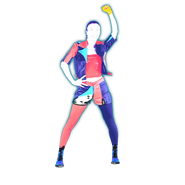 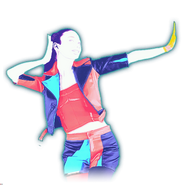 Domino on the Just Dance 2016 menu

Lyric error at the end 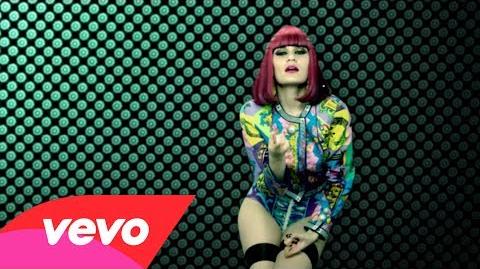 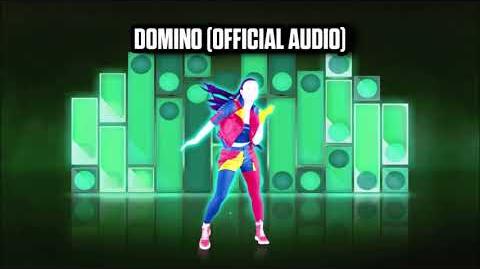 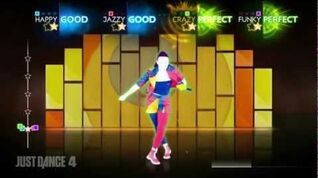 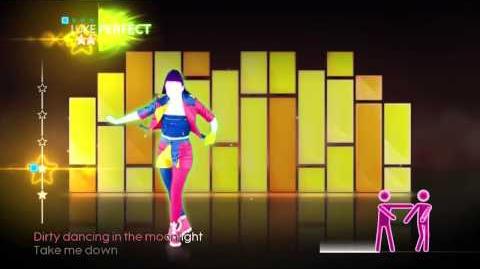 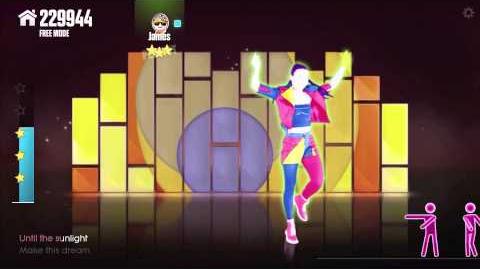 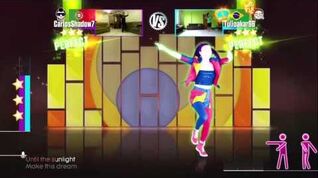 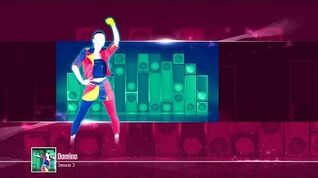 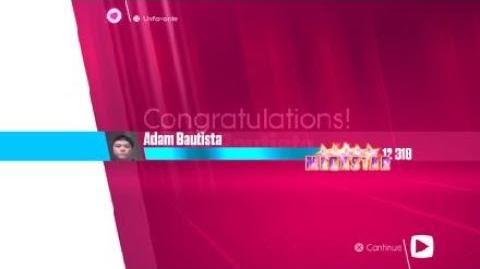 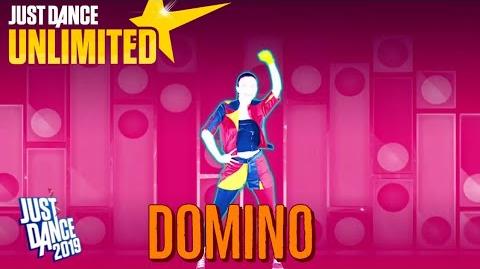 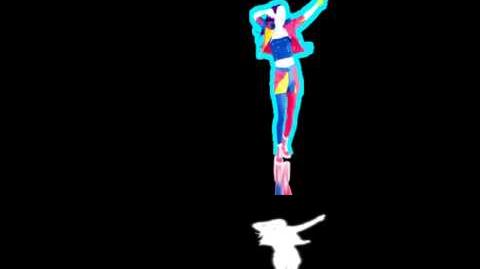 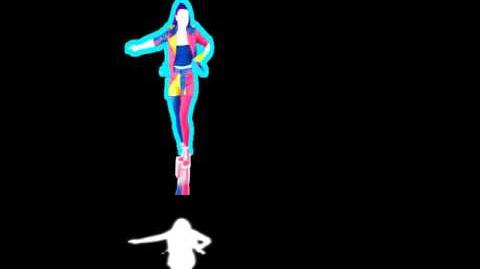 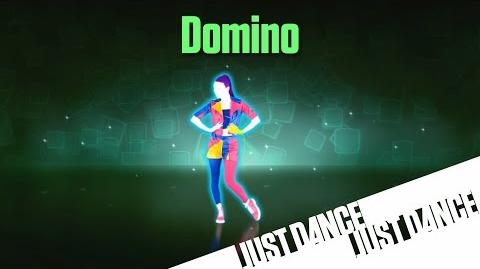 Retrieved from "https://justdance.fandom.com/wiki/Domino?oldid=1211974"
Community content is available under CC-BY-SA unless otherwise noted.