P1 has black hair in two small buns, a blue long-sleeved crop top over a light blue shirt, some black bracelets on her left wrist, a fuchsia glove, a fuchsia and black stripes skirt, blue socks, and black shoes.

P2 has short hair under a bordeaux bowler, a black collar with some studs, a light blue low-cut pullover, a yellow glove, a black and fuchsia striped skirt similar to P1’s, which is held by a pair of black suspenders, blue knee-length socks, and a pair of black high sole shoes. 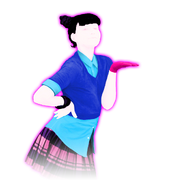 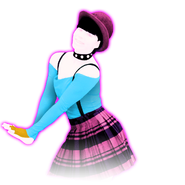 The dance starts off in a bedroom. In the back of the bedroom, there is a bed with items such as pillows, books, and a guitar; in the front, there is a desk with a Just Dance 2017 poster than can be faintly above it, and a circle made out of chalk with candles sorted out in a circle. When the lights dim before the chorus starts, a purple aura starts creating from the middle of the room and transforming the scenery; besides, the candles light up and the items in the back start to float magically. When the chorus hits, the girls are transported to an enchanted library where bookshelves begin to bounce up and down. When the song ends, the girls hold each other’s hands, and the background begins to dim.

Don’t Let Me Down is featured in the following playlists: 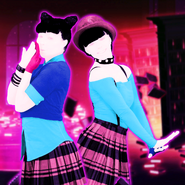 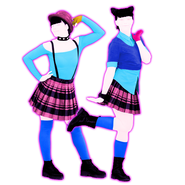 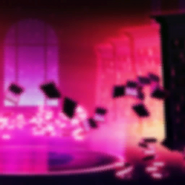 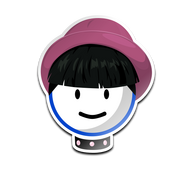 Don’t Let Me Down on the Just Dance Now menu
(2017 update, computer)

Don’t Let Me Down on the Just Dance Now menu
(2020 update, computer)

The E3 poster in the background 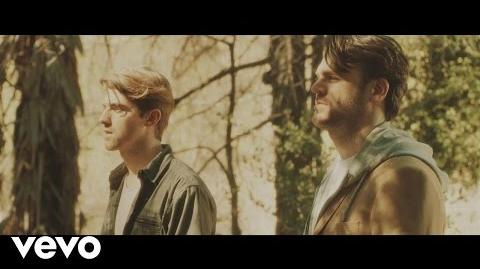 The Chainsmokers - Don't Let Me Down ft. Daya 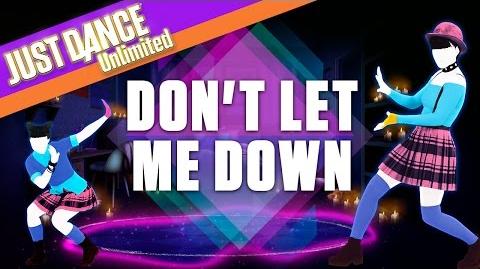 Don’t Let Me Down - Gameplay Teaser (US) 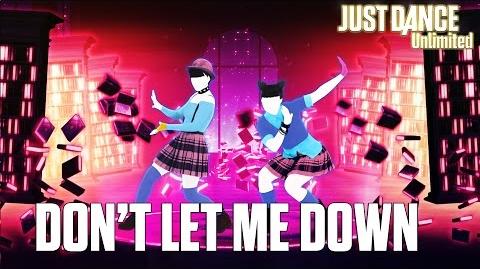 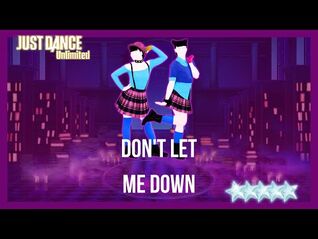 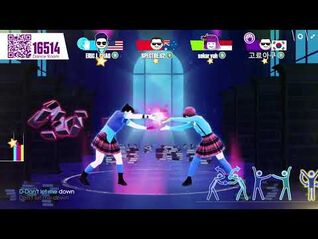 Just Dance Now- Don't Let Me Down by The Chainsmokers ft. Daya (5 stars) 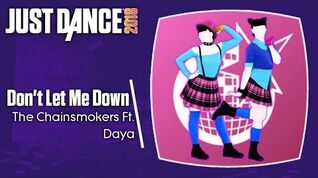 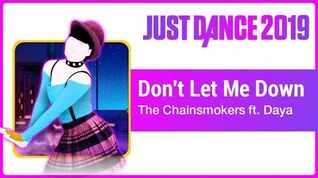 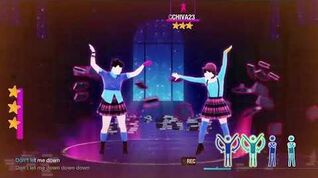 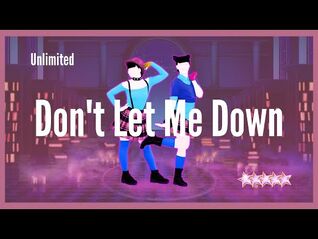 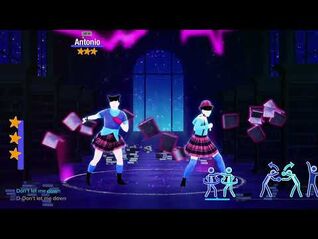 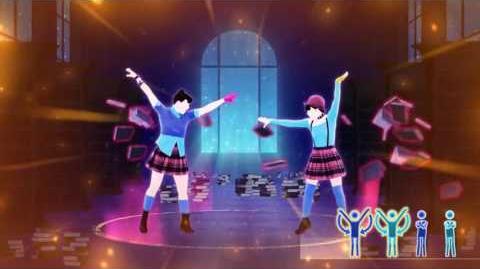