Don’t Phunk with My Heart

The Wii version is a Duet.

P1 is a woman who resembles Fergie. She wears a gray jacket over a blue top, gray pants with a red strap and black shoes.

P2 starts off as a man who resembles will.i.am. He wears a light blue jacket with khaki pants. After will.i.am’s verse, P2 switches to a man resembling apl.de.ap, who wears a red track jacket and blue jeans, as well as white sneakers and a baseball cap. During the final verse, P2 switches to a man that resembles Taboo. He wears a black jacket and black pants.

The first dancer is a man who resembles Taboo. He is followed by characters that resemble Fergie, will.i.am, and apl.de.ap. Their outfits vary depending on which venue the player chooses.

This section is a stub. You can help by adding to it.
The background is similar to the reality TV show stage that is shown in the music video. 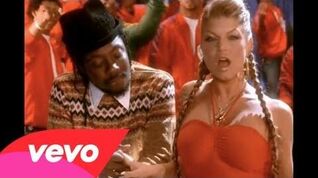 The Black Eyed Peas - Don't Phunk With My Heart 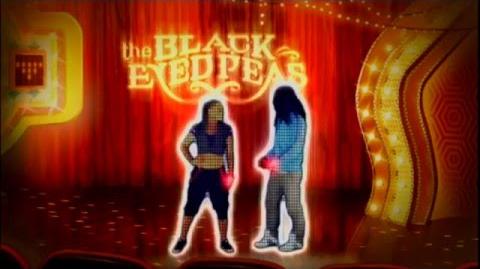 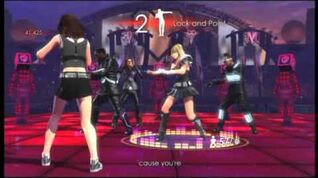 Retrieved from "https://justdance.fandom.com/wiki/Don%E2%80%99t_Phunk_with_My_Heart?oldid=1166772"
Community content is available under CC-BY-SA unless otherwise noted.