The song also has an Extreme Version which can be unlocked by earning Superstar or higher on the Classic routine. 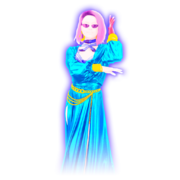 The dancer is a woman who resembles Dua Lipa. She has shoulder-length, pastel pink hair with darker purple roots. It is slightly asymmetrical and parted to her right. She wears a long, metallic, aqua blue dress that gets slighter lighter the higher up the dress goes and has long sleeves. The dress has slits up both legs and an exposed chest, revealing a dark blue brassiere beneath. It features a strap around the neck, below the bust, and two crossing straps across the chest. Her shoes glow, they are shiny, violet platform heels. She also wears a pair of cat-eye sunglasses with purple lenses and light pink frames. She accessorizes with gold hoop earrings, chunky, gold bangles on her wrists, and a multitude of gold chain belts around her waist. The dancer has a glowing, indigo outline and a rose-red glove.

The background takes place inside a disco ball, similar to Smile (Улыбайся). The dancer stands on a platform that reflects the tiles of the disco ball. In the first verse, the tiles are a gradient of pale gold to light red, with random squares lighting up turquoise to the beat. Rows of tiles slide and large, concentric rings pulsate out to the music. During the pre-chorus, the background shifts to a darker violet, and the tiles get smaller, revealing a bright, white light shining between them (this also causes the dancer to become backlit). Random rows of tiles are light golden yellow on the piano. At the chorus, the tiles return to their original size and change to a gradient of magenta to light yellow. The whole ball begins to spin, with the rows tilting diagonally and various squares flashing white to the beat, at the second verse, the background is a gradient of pastel orange to turquoise, with random squares lightning up pink to the beat, during the bridge, the background is more transparent in a gradient of fuchsia and cyan as we can see the coach in the back, as well as the final chorus.

Gold Move 1: Bend over to the right and move your hands frontward before retreating them back.
Gold Move 2: Put your right hand by your chin, and use your left hand to support your right arm. 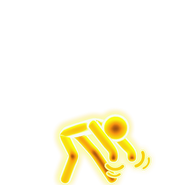 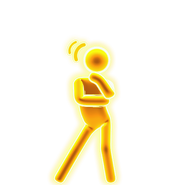 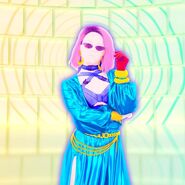 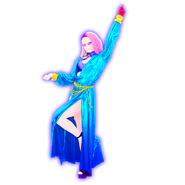 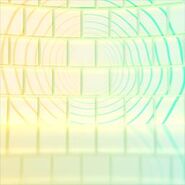 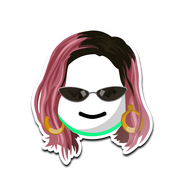 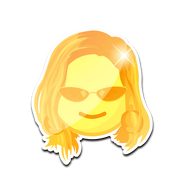 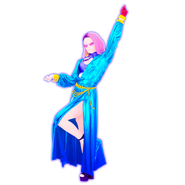 Beta effect of the dress

The coach on the icon for the Just Dance Now playlist "Dancing for Gaia!"

The coach on the icon for the Just Dance Now playlist "Pop Parade!"

The coach on the icon for the Just Dance Now playlist "Celebrate Music!" 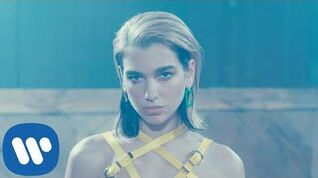 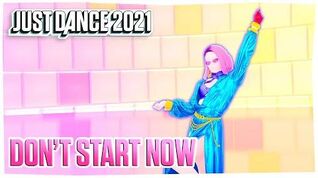 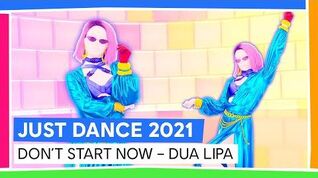 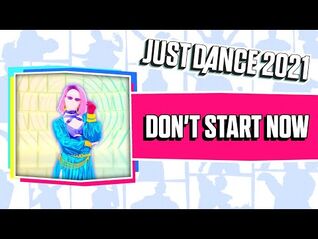 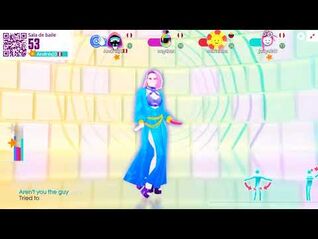 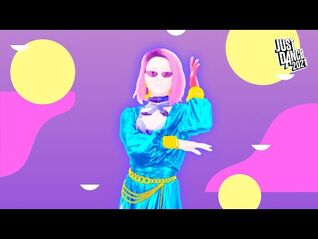