The lead dancer is a boy who has black hair shaved into a buzz cut. He wears a sky blue T-shirt, a blue plaid button-up shirt, black jeans and black and white sneakers.

The left backup dancer is a girl who has black hair in a ponytail. She wears a red and pink shirt with the characters "L ♥ V E" in glittery red letters. She also wears black tights and black flats.

The right backup dancer is a girl who has black hair in pigtails. She wears a sparkly purple tank top, a sleeveless fading purple jacket, black tights, and black flats.

The routine takes place at a carnival at night. The foremost layer of attractions behind the dancers primarily consists of several red- and white-striped tents. There is a carousel to the left and an inflatable bounce castle to the right, and in front of the largest tent are three bullseye target boards. Further in the distance are a couple of ferris wheels and several roller coaster tracks, and there is a disco ball in the sky (probably taking the moon's place). A few full popcorn bags litter the grass at the sides of the foreground.

Both Gold Moves: Drop down with your fists finger side towards the ground. 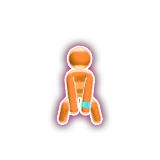 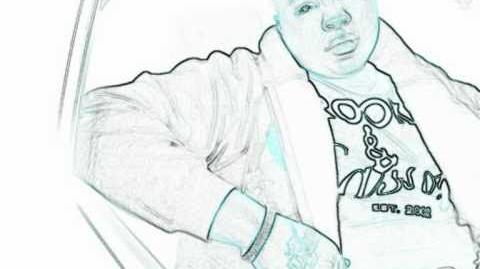 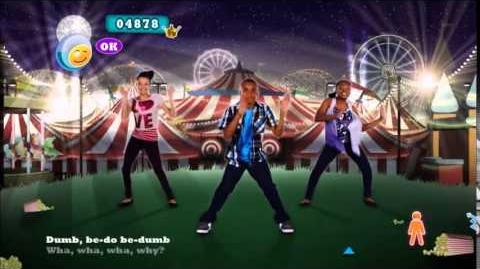 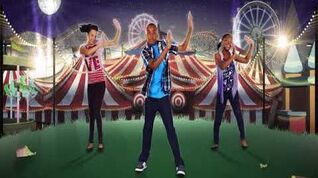