The dancer is a man. He wears a black jacket with a red shirt, black pants, and black shoes. He resembles Michael Jackson from the music video.

The routine takes place in the ruins of a building, similar to the music video. The sky is burnt orange and burning embers can be seen on the ground. Wreckage of part of a building can be seen to the right while burning branches can be seen to the right. As the dust clears, a flames and dark clouds can be seen moving slowly across the sky. During some parts of the routine, dust and other debris can be seen blowing towards the dancer. Around the same time as the Gold Moves, lightning strikes multiple times. At the end of the routine, the apocalyptic scenario fades away, revealing a lush, green forest with clear skies. A spotlight shines on the dancer right before he fades away.

All Gold Moves: Turn to the left, face down and bang your head, while your arms are stretched back. 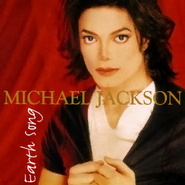 Earth Song on the Michael Jackson: The Experience menu (Wii)

Earth Song on the Michael Jackson: The Experience menu (PS3) 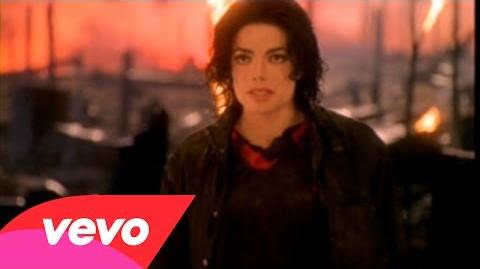 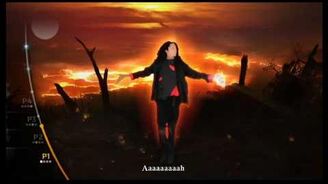 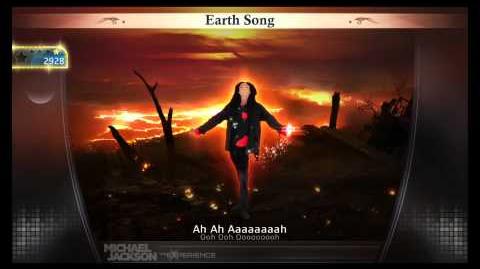 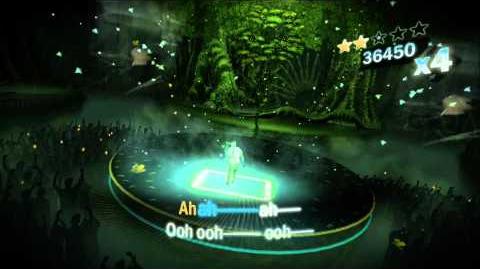 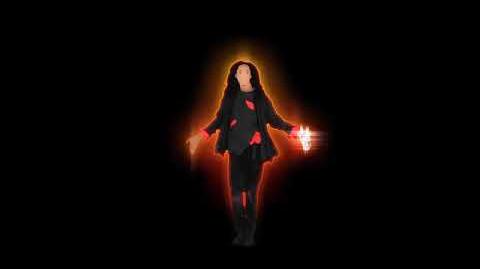 Retrieved from "https://justdance.fandom.com/wiki/Earth_Song?oldid=1285279"
Community content is available under CC-BY-SA unless otherwise noted.