The dancer is a man who resembles a training fighter. He has brown hair, a black, orange and red hoodie, black and orange pants, maroon combat boots, and a maroon glove. When the dancer punches or kicks, lightning comes out of his fist or foot. His outline color is electric blue.

Electro Body Combat is featured on Puppet Master Modes. Here are the captions assigned to the dancer: 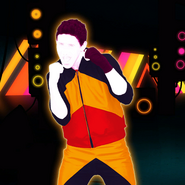 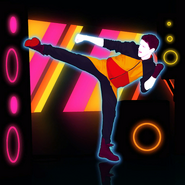 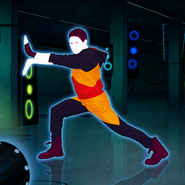 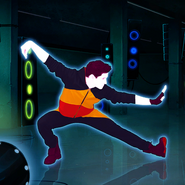 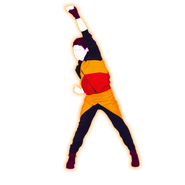 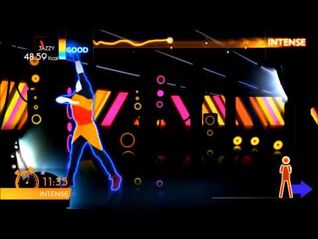 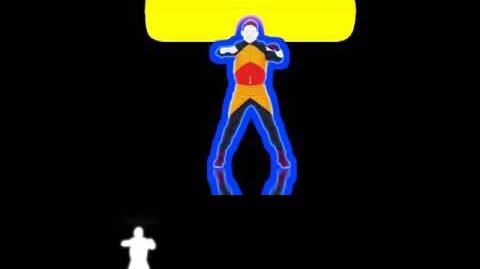 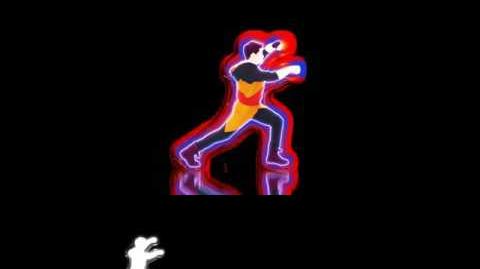 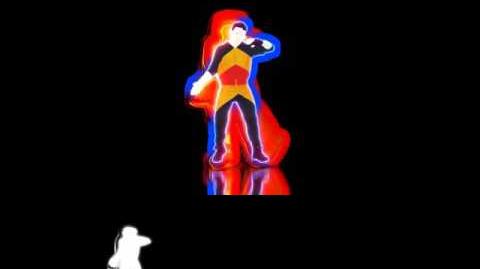 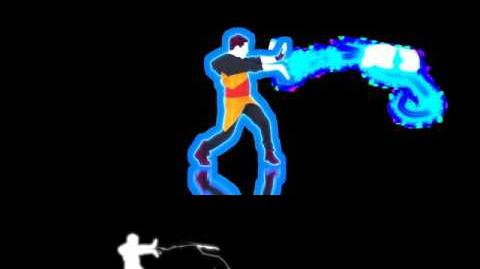 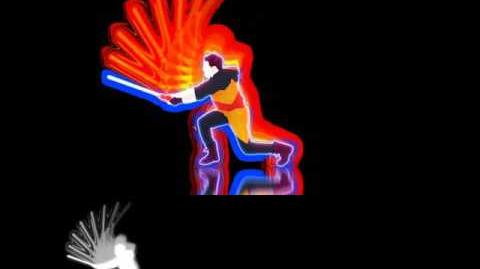 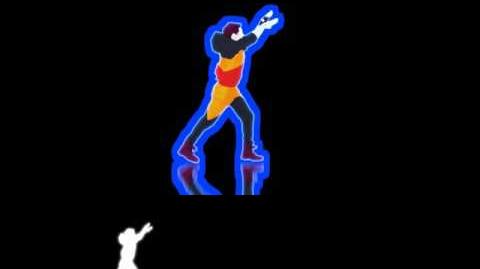 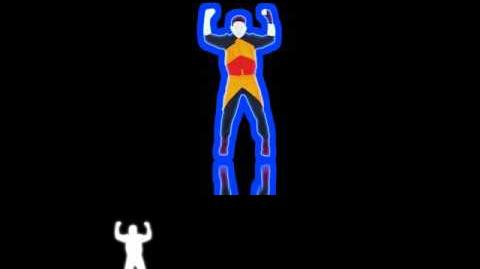 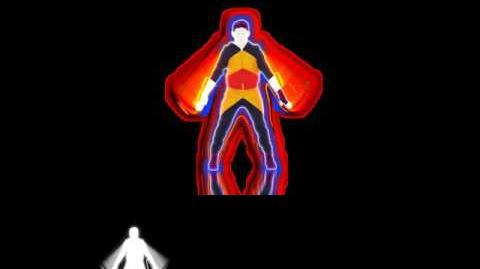 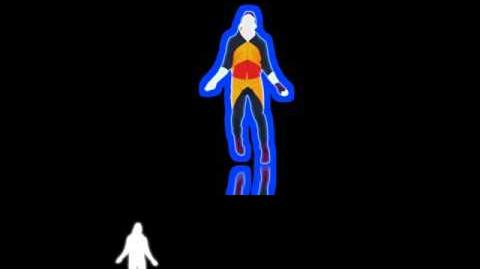 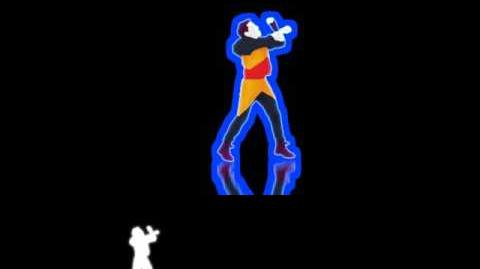