1A: Carnation
1B: Wine Berry
2A: Mountain Meadow
2B: Sherpa Blue 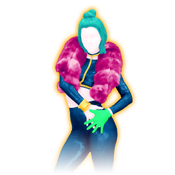 The coach is a woman with teal bobbed hair and a messy bun on the top. She wears a golden necklace, a deep blue sleek crop top with long sleeves and golden highlights under a fuchsia fur jacket, a golden bracelet on her left wrist, deep blue sleek pants and deep blue heels. Her outline is yellow in the verses and the second part of each chorus, and blue in the first part of each chorus. In the bridge, she has a light blue fiery glow behind her yellow outline.

The routine takes place in a circular tunnel. Throughout the routine, a mixture of colors appears outside the tunnel and in the lines of it. In the chorus, squares appear in shades of blue outside of the tunnel, which is meant to represent a disco ball. In the bridge, the background resembles the tunnel from Coraline. It is pitch black with shades of blue colors swirling around the tunnel.

Gold Move 1: While kneeling, stretch out both your arms while facing the left.
Gold Move 2: Put both of your hands on your right hip. 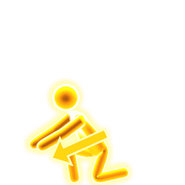 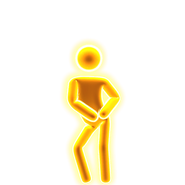 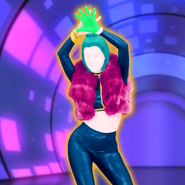 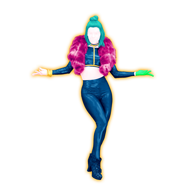 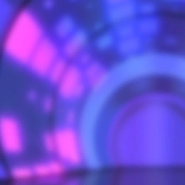 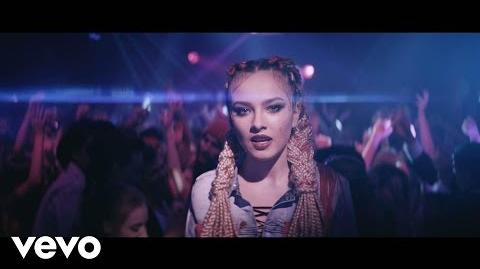 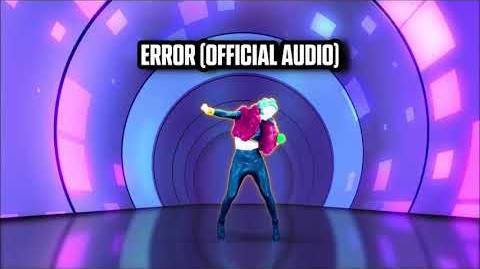 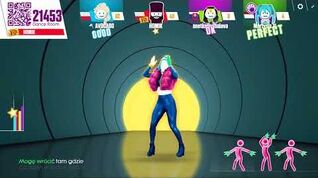 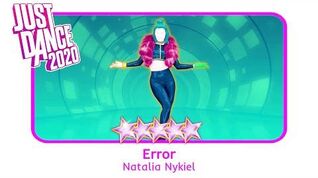 Retrieved from "https://justdance.fandom.com/wiki/Error?oldid=1258890"
Community content is available under CC-BY-SA unless otherwise noted.