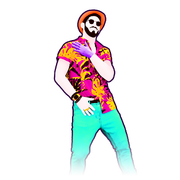 The coach is a man. He has black hair hidden under an orange trilby hat with a red lace, and a dark beard and mustache. He wears a magenta button-down shirt with a tropical pattern of black and yellow-orange palm leaves. The first few buttons on his shirt are left undone and it is semi-tucked into his pants. He also wears a pair of turquoise chino pants with a black belt and indigo sneakers with a white sole and toe. He is accessorized with round black sunglasses, multiple dark brown wooden-beaded necklaces and bracelets, a large gold bracelet, and gold rings. He has a solid black and white outline.

The routine takes place in a circle flanked by colored stripes on the side. During the routine, hibiscus flowers and parrots can be seen in the background. In the beginning, a lighthouse can be seen along with a square spinning around it. Afterwards, frangipani flowers get spit out from the bottom of the screen before transitioning to another circle with 2 toucans, 2 orange hibiscus flowers, 2 blue seashells, 3 palm trees, and a city with the word "Familiar" written in its sky. The toucans nod to the beat of the song while the 3 buildings in the city light up to the beat.

During the pre-chorus, the background transitions to a beach theme with dolphins flanking the sides, 2 cruise ships, 2 seashells, 2 umbrellas, and a bridge going into a cabana in the circle. Below is a banner that reds "LET ME BE THE ONE".

In the chorus, the background changes to several sets of circles that pulse and spin to the beat of the song while a palm leaf can be seen in the central circle. Lines pass through the circles to make it look like a guitar as hibiscus flowers grow on the circle. The lines get strummed in the guitar parts of the song.

During the second part of the song, cars appear in the lighthouse circle before changing to another palm leaf with a car coming out of it. In the process, 2 buildings appear on the side alongside the parrots, hibiscus flowers, and palm trees.

In the "Ah ah ah" part, the background changes to a postcard with "Later tonight" on the side, bicycles with flowers on them scrolling through the postcard and change color during the coach’s points, and the palm trees, lighthouse, building, and hibiscus flowers at the bottom.

In J Balvin’s verse, the coach magically makes hibiscus flowers, seashells, triangles, cars, palm trees, parrots, and deck chairs appear one by one to his movement. They then start pulsating to the beat.

In the final part of the song, the coach walks through an imaginary tunnel made of 2 rotating squares as cars drive past him and disappear along with the buildings on the side.

Gold Move 1: Put your hands up.
Gold Move 2: Bend over and put your right finger on your lips as if you're saying "shhhh". 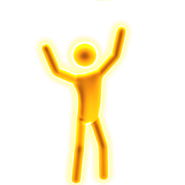 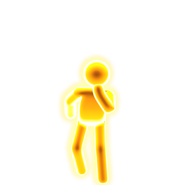 Familiar is featured in the following playlists: 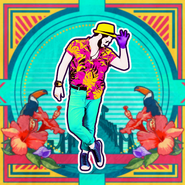 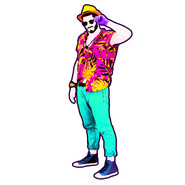 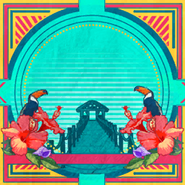 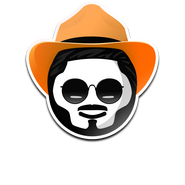 Familiar on the Just Dance 2020 menu 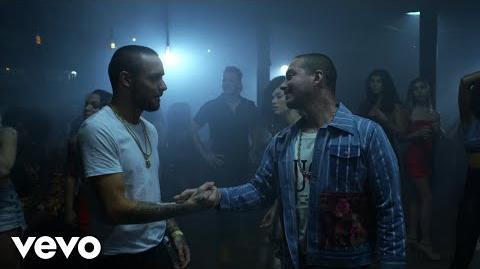 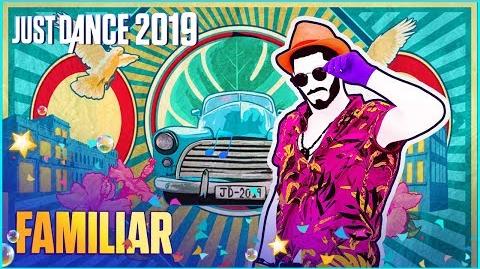 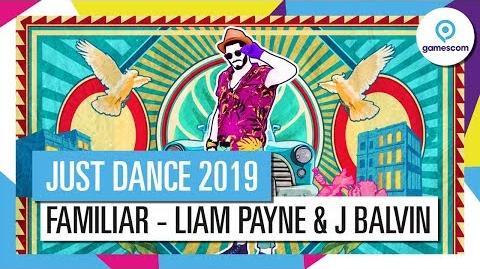 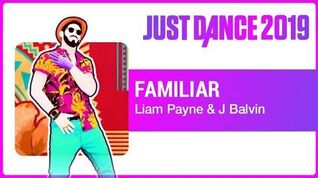 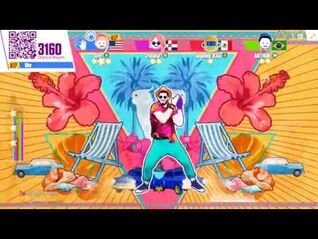 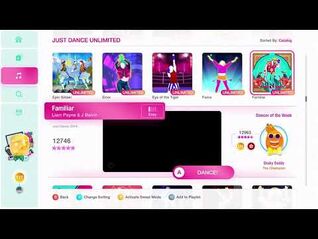 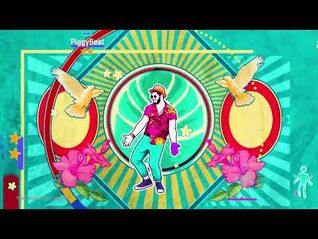 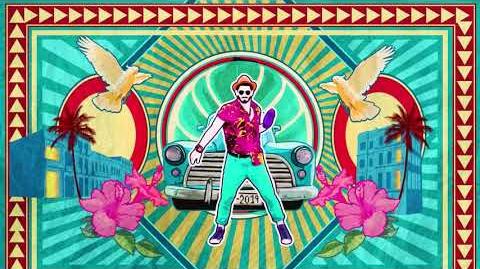