The dancer is a man with brown hair that is shaved on the left, long on the right, and red at the ends. He is wearing sunglasses, a New York style orange and blue jacket, a black shirt, ripped black skinny jeans, orange sneakers, and a reddish pink glove. 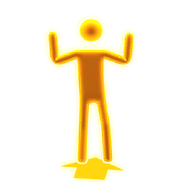 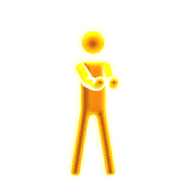 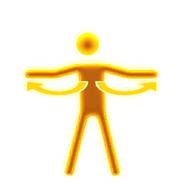 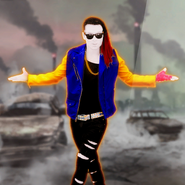 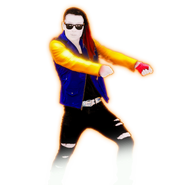 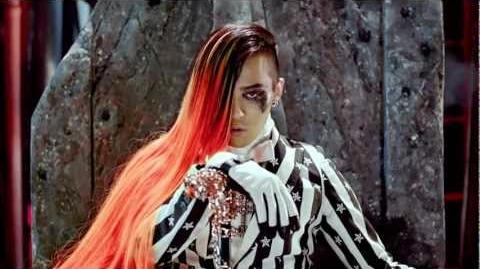 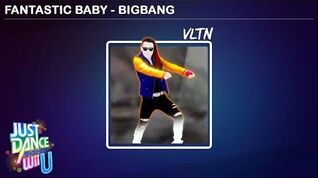