The song also has an Extreme Version which can be unlocked by scoring Superstar or higher in the Classic routine.

The routine is performed by a trio of women dressed in regal aristocratic attire. Each of them has a different colored outline.

P1 has deep purple neatly arranged medium-length hair with a golden tiara with red-pink and green gems. She is dressed in a short bright magenta ballgown, with a frilly puffed skirt and puffed shoulders, and a deep V-cut neck. It is secured by a golden belt around the waist with a blue centerpiece. The dress has a glittery shimmer over the body and the sides of the skirt. The rest of the dress has a cottony finish. She also wears blue stilettos with pink-and-blue supports, two sets of golden bangles on each arm, a golden necklace with a similar blue centerpiece as the belt, and a pair of short golden earrings with red gems. Her glove is light green. She has a sky blue outline.

P2 has long pink hair tied in a braid, which is resting on her right shoulder. She is dressed in a sky blue long dress with a velvety finish, having a plaited medium-length skirt with a slightly darker blue belt securing the waist. The dress has long puffy sleeves, cut around the collarbones, and the chest of the dress goes up to her neck to form a collar with a central red stone. It has a frilled neckline that goes around the shoulders. Her heels are lavender with gold and red accents. She also wears red gem earrings, and a golden wreath-like headband with red gems on top of her. Her glove is reddish pink. She has a purple-violet outline.

P3 has coral pink hair tied into a top bun, with frizzy hair hanging on each side of the front. She is dressed in a short purple ballgown with a heavily pleated puffy skirt, and frilled puffy shoulders. It has a round cut around the neck, and the overall dress has a silky finish. Her heels are red stilettos with golden straps. She wears golden bangles on each of her wrists. She wears a heavy golden necklace with a reflective glass centerstone, a pair of dangle golden earrings and a hairband that doubles as a tiara, with a row of blue gems studded into it. Her glove is cyan and extended to her elbow. She has a yellow outline. 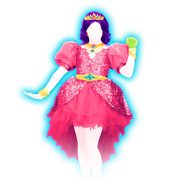 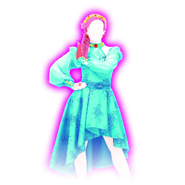 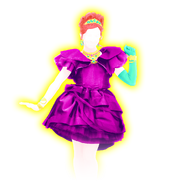 The background is inspired from the main dance set of the music video. It has a golden and black color scheme, and has a varying number of golden arches with branch-and-leaf designs panning in and out of the map throughout the choreography. The setting is sparkly and glittery. During the pre-chorus, the bright gold atmosphere goes dark in the first half, while the branch-and-leaf designs start to glow. A central fountain surrounded by spiral outgrowths from a platform, rises up behind P2 as the pre-chorus ends, which lights up in bright yellow and starts spinning during the chorus.

Each of the coaches are seen standing on individual golden podiums, with a solid striped design accented at the side, which rotates in and out of the frame as the song progresses. The edges of the podium are also seen lighting up in a ring-like golden glow with the beat at some parts. The central podium (P2) sometimes rises up and comes down, while the edge podiums (P1 & P3) shift towards the front and back multiple times, alternatively. 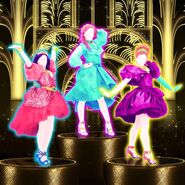 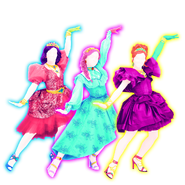 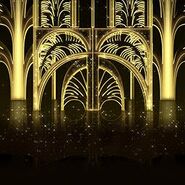 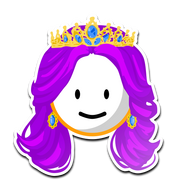 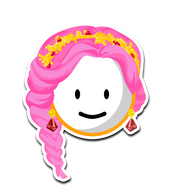 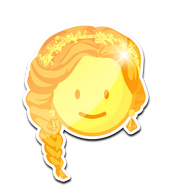 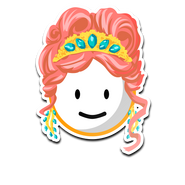 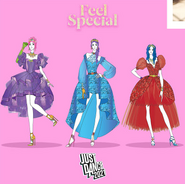 Feel Special being mentioned in the Microsoft Store description 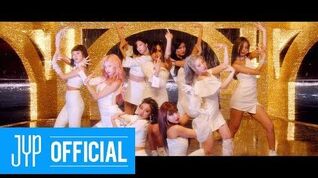 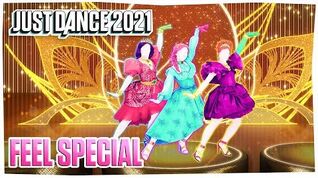 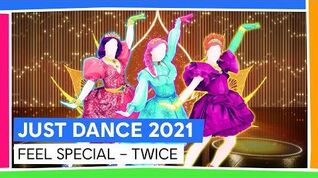 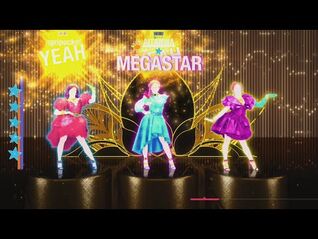 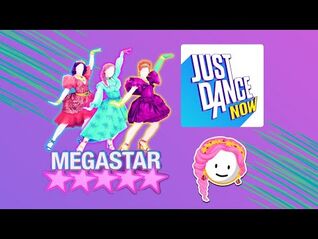 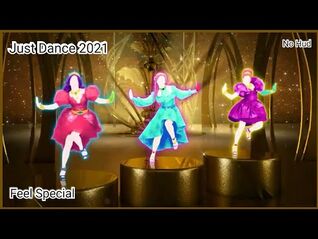