Fit But You Know It

A Grand Don't Come for Free

NOW files
1A: Stratos
1B: Dodger Blue
2A: Mango Tango
2B: Guardsman Red

"Fit But You Know It" by The Streets is featured on Just Dance 2020 and Just Dance Now.

The dancer is a man with black, shoulder-length hair. He wears a pair of aviator sunglasses, an orange cap, a hot pink polo shirt with purple borders, a pair of black jeans with knee holes and a gold chain connected to belt hoops, a golden and black watch on his right arm, and a pair of blue sneakers with yellow stripes and platforms. During the chorus, his cap turns pink and his shirt is aqua blue with green borders.

The background is a silhouetted sketch of London. There are cars and human silhouettes (which are mostly purple) that move in choppy frames. The city's colors are shown as black and red, and the sky's colors are shown as aqua green, dark red, and yellow. Before the chorus, only a pink phone booth is shown. During the chorus, a woman's silhouette stands still and in large view on the right side of the screen. In one of the verses, numerous burgers and cartons of fries (or chips as the British call it) fly upward, and in another one, a road appears. There are photographs of some burgers, cartons of fries, soda cans, plastic cups, and an umbrella floating around. The UK flag pattern can be seen in the background. The background repeats, but the second time it starts to rain. The song ends with the phone booth and silhouette of the woman.

Gold Move: Throw both of your arms in, as if you are closing in an X. 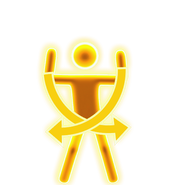 Fit But You Know It is featured in the following playlists: 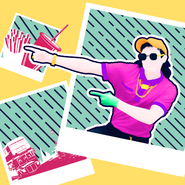 Fit But You Know It 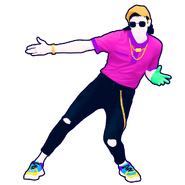 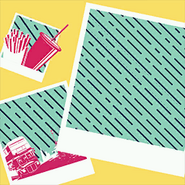 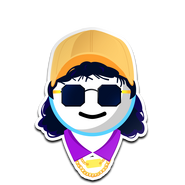 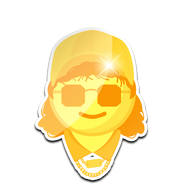 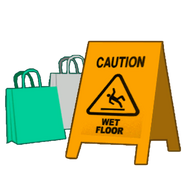 Fit But You Know It on the Just Dance Now menu

Coach in promotional picture on Amazon, along with Skibidi 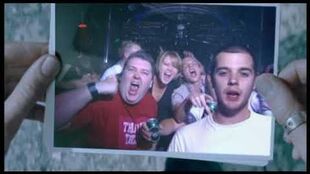 The Streets - Fit But You Know It (Official Video) 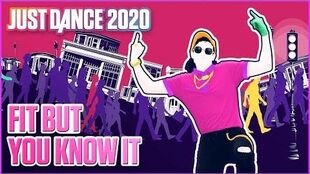 Fit But You Know It - Gameplay Teaser (US) 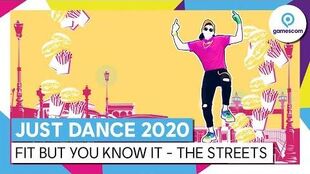 Fit But You Know It - Gameplay Teaser (UK) 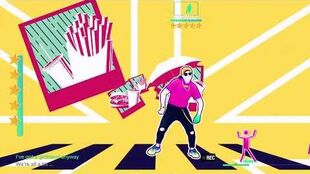 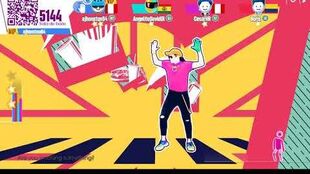 Fit But You Know It - Just Dance Now

Retrieved from "https://justdance.fandom.com/wiki/Fit_But_You_Know_It?oldid=1257241"
Community content is available under CC-BY-SA unless otherwise noted.