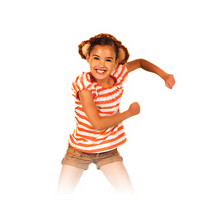 The dancer is a young girl with brown hair, which is tied in the back. She wears a headband with brown monkey ears on the side. She also wears an orange and white striped blouse, brown shorts and a pair of light brown sandals.

The background looks like a bedroom on a treehouse, mainly composed of a bed with a green blanket and white pillows. There are some leaves and lianes on the sides of the screen and, behind the bed, there is a wooden wall with a huge window, showing many trees and the silhouette of a mountain.

Behind the main dancer, there are four backup dancers: two boys and two girls. The girls are dressed the same way as the main coach, while the boys wear a brown hoodie with monkey ears over their striped T-shirt, a pair of brown shorts and black shoes.

After the line "And bumped his head" is sung, one of the backup dancers jumps off the screen moving as if he or she were hit by something.

All Gold Moves: Jump up and wave your arms side to side. 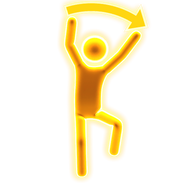 Five Little Monkeys is featured in the following playlists: 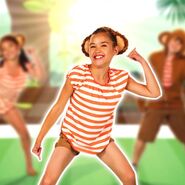 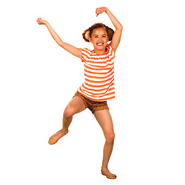 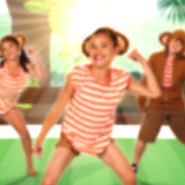 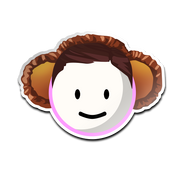 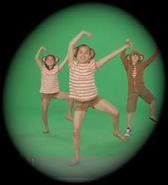 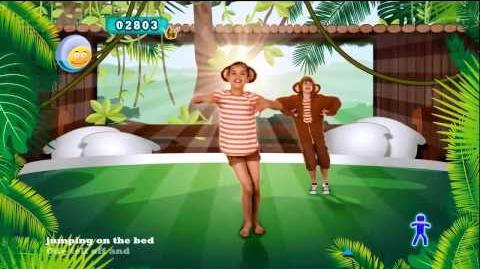 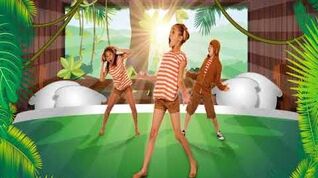 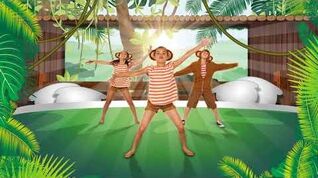 Retrieved from "https://justdance.fandom.com/wiki/Five_Little_Monkeys?oldid=1222297"
Community content is available under CC-BY-SA unless otherwise noted.