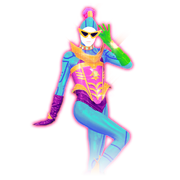 The dancer is an androgynous man dressed in a futuristic style. He has hot pink hair in a long tight ponytail sectioned into three bulbs at the top. The basis of his outfit is a metallic blue catsuit with dark blue lines on the arms and legs. His ponytail is held by a golden cuff that sticks out of the catsuit around his head. He also wears a pair of dramatic yellow cat eye sunglasses. The bodice of the suit is a dark magenta color, and overtop is a futuristic corset. It is mainly pink, with a large gold collar and protruding accents around the waist. A light green gemstone is in the center of the breastplate, as well as some lining his gold choker necklace. He wears dark magenta heeled booties with a metallic toe and V-shaped accent. His gloves are elbow-height, the left being dark magenta and the right being lime green. He accessorizes with gold cuff bracelets over the gloves. He has a coral glowing outline.

The routine takes place in a pink and yellow vaporwave style city with palm trees and holograms of the song's artists near the buildings. Random floor tiles light up in yellow to the beat.

During the chorus, the floor and palm trees turn purple.

In the bridge and outro, the city’s color scheme switches to blue and purple.

During the final chorus and outro, the holograms stand next to the coach. 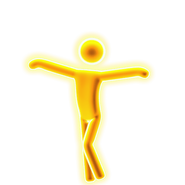 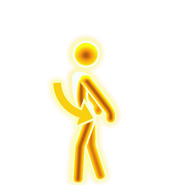 Flash appears in the following playlists: 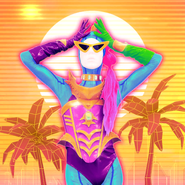 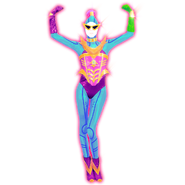 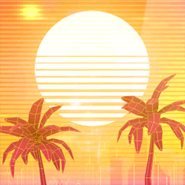 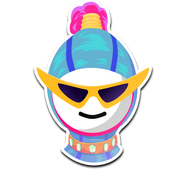 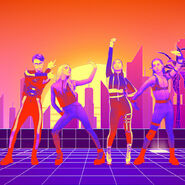 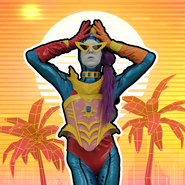 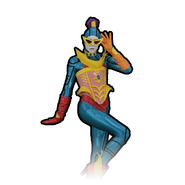 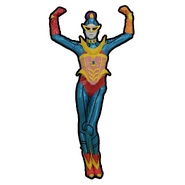 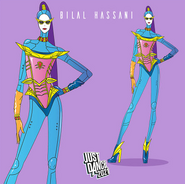 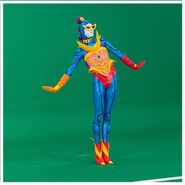 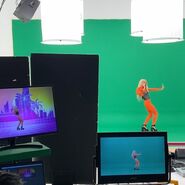 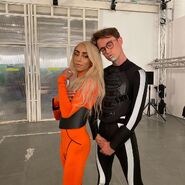 Behind the scenes
(background dancers)

Behind the scenes
(background dancers)

Behind the scenes
(background dancer)[7]

Behind the scenes
(background dancer)[7] 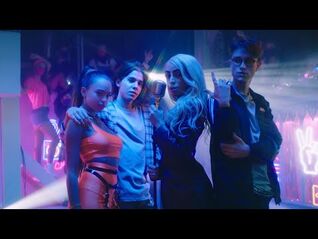 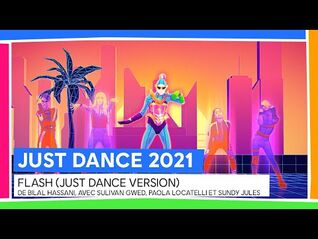 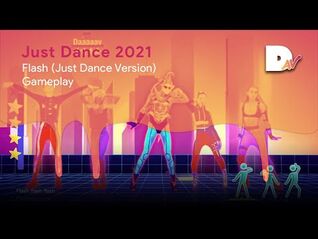 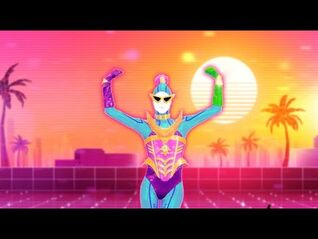