The dancers are a trio of female models with outfits in different fashion styles. They all have light tan outlines.

P1 is dressed in drag queen-styled fashion style. She has bright turquoise hair styled in a bob cut, with a thick bun at the top of her head and a high ponytail emerging from the bun, with a thick tied portion at the bottom of the ponytail. She also wears dramatic make-up, which consists of purple eyeshadow, black sharp eyeliner and purple lips. She wears a black sparkly bodysuit, with purple wavy sections decorated around the bodysuit, has a large spike on her left shoulder and leaves her right shoulder and arm bare. Around her waist is a black cloth belt with a golden buckle, and on her feet are magenta sparkly heeled ankle boots. She also wears a pair of golden diamond-shaped hanging earrings, a black choker with a golden ringed buckle in the front, and golden bangles at her wrists, with the left bangle slightly longer and has a bare midsection at the bottom. Her glove is red.

P2 is dressed in a traditionally feminine "girly girl" fashion style. She has blonde hair tied back with a purple hair bow, with the rest of the flowing hair slightly ragged. She also wears visible make-up, which consists of thin eyebrows, black eyeliner and red lips. She wears a pink strapless dress, with a waist high skirt with frilly layers underneath it, and red sparkly thigh-high high heel boots. She also has golden bracelets in her left wrist, and a golden bangle in her right wrist. Her glove is bright turquoise.

P3 is dressed in an androgynous fashion style reminiscent of Marlene Dietrich. She has short, ragged purple hair, with the front portions of the hair covered by a bright turquoise fedora with a black rim. She also wears visible make-up, which consists of black eyeliner and red lips. She wears a navy blue cropped tuxedo with elbow-length sleeves, black lapel, and light orange buttons, with a light orange shirt. The shirt also has a black faux necktie, which extends downwards to her waist-high navy blue trousers. She also wears a pair of bright turquoise brogue shoes with black laces and soles. She also has a golden strap wristwatch on her left wrist. Her glove is greenish cyan. 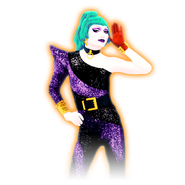 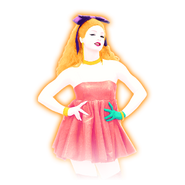 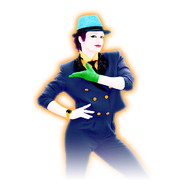 The background is a white surface with many different magazines on it. They feature the three coaches of this routine in more monochromatic color schemes and sometimes wearing sunglasses. Lyrics of the song are also visible on them, as well as the words "JUST DANCE", "2022" and the artists of the song. There are also many different fashion accessories and clothing pieces. Some parts of the magazines light up to the beat in different colors. Additionally, there are flashing lights during some parts of the song, imitating many photoflash lamps. When that happens, the coaches' shadows can be seen behind them. 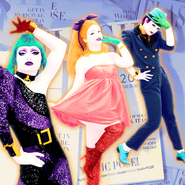 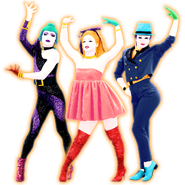 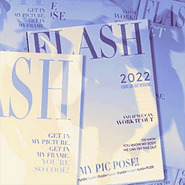 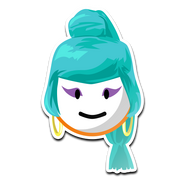 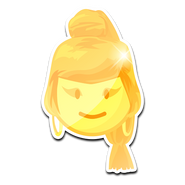 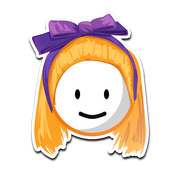 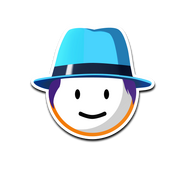 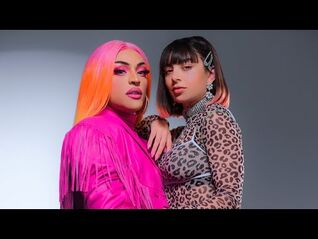 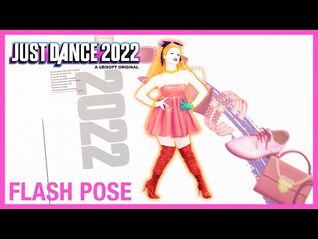 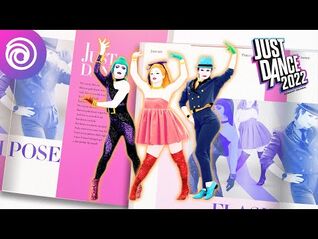