The coaches are a Dance Crew of girls with navy blue hair. They all have light blue outlines.

P1 has light pink flowers in her blue shoulder-length hair. She wears a blue dress with pink stripes and fringes, as well as an indigo bracelet with a pink flower on her left wrist.

P2 has light blue flowers in her long hair. She wears a light red dress with orange stripes and an orange bow on her chest, a golden bracelet on her left hand and red boots.

P3 has yellow flowers in her very long hair. She wears a yellow dress with red stripes and red buttons, as well as a bronze bracelet on her left hand and yellow boots.

P4 has light blue and pink flowers in her short bobbed hair. She wears a pink dress with blue stripes and a light bracelet on her left hand. 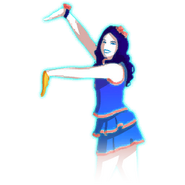 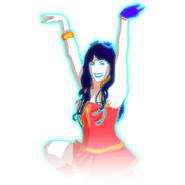 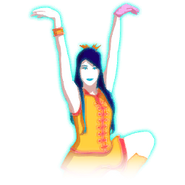 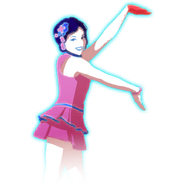 The routine is performed by an all-female dance crew with black hair and in a similar outfit with customized cheongsams, a Chinese traditional top. They have golden glowing outlines.

P1 has a high ponytail with small bangs. She wears a wine-red cheongsam with cleavage and is designed sleeveless. She also wears a shiny golden 2-layered skirt, with the right side covered by the top layer. She also wears a pair of black knee-length heeled boots with wine red socks. She wears golden leaves on the back of her hair, golden leaf earrings and a small golden ornament band on her upper left arm.

P2 has a bob style with a golden leaf ornament on the left side. She wears a gold sleeveless cheongsam with a collar on the neck area. She also wears a shiny golden 2-layered skirt similar to P1 and a pair of golden knee-length heeled boots with yellow socks. She also wears red and gold tassel earrings, a black and gold wrist band on her left lower arm and golden yellow cloth attachments on the sides of her skirt.

P3 has buns on her hair tied by black and gold bands made of beads. She wears an apple red cheongsam similar to P2's but has a differently designed collar and is untucked. She also wears a 2-layered skirt, with the top colored gold and the bottom colored bronze. She also wears a pair of golden knee-length heeled boots with dark red socks. She wears a pair of golden earrings on her ears as well as a golden metallic band on her left arm and golden bracelets on her right arm.

P4 has long flowing hair. She wears a golden bronze cheongsam designed like a cropped jacket, with shoulder pads added to its design. She also wears a skirt similar to P3’s but the colors were reversed. She wears a pair of black knee-length heeled boots with dark bronze socks, a red tassel earring on her left ear and a black band with white very light gold tassels on her left upper arm. 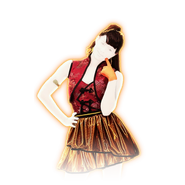 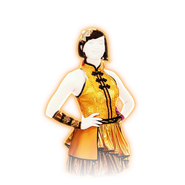 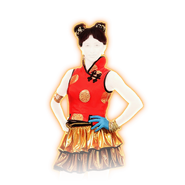 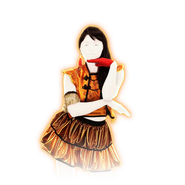 The background is dark and shows oriental lanterns and fire on the floor, then it shows an oriental door with Japanese designs such as tigers and dragons. The coaches, in some parts, seems to be in a concert, due to the microphone stands. At some points, it shows the number "48" on both sides. Almost at the end, there is a confetti rain, and a Japanese dragon appears. In the end, the door opens and shows clouds, and the big Japanese dragon flying behind the coaches. 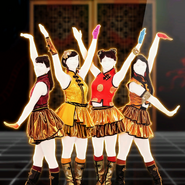 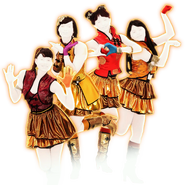 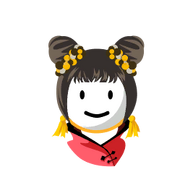 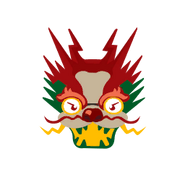 フライングゲット on the Just Dance Wii U menu

Behind the scenes
(Just Dance Wii 2)

Behind the scenes
(Just Dance Wii U)[5]

Pictogram error 1 (the semitransparent arms of P2, P3, and P4 blend into each other)

Pictogram error 2 (the arms blend into each other) 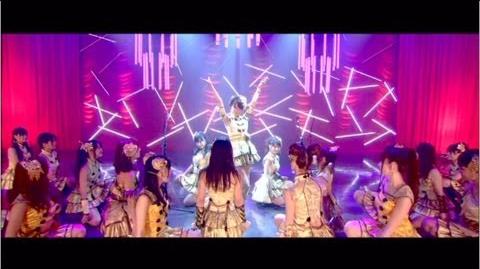