The song was originally supposed to debut in the main tracklist of Just Dance 2022; however, it was scrapped from the final game for unknown reasons. 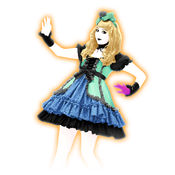 The dancer is a female marionette dressed in Lolita fashion. She has light blond shoulder-length hair, with the sides wavy and resting on her shoulders and having bangs. Resting on the left side of her head is a large mint green bow, with black flower-like embroidery in the center of the ribbon. She also wears makeup, which consists of black eyebrows, gold outer eyeshadow, black inner eyeshadow, and black lips. On her neck is a black choker with black rings hanging loosely in the front.

She wears a black scoop-neck bodice, with a mint green short open vest that resembles a corset. The vest contains black frills and a black cloth is tied to the waist in a ribbon. She wears a two-layered bell-shaped petticoat, with the first layer colored navy blue and having numerous folds. The second layer is black and longer, reaching above her knees. She also wears a pair of navy blue block high heels, with two straps on her ankles that are secured in a ring. Her accessories include a pair of black wrist cuffs with frills, each having a light gray bow on the top of the wrists. She wears a pink glove and has an orange faded outline.

At the beginning of the routine, the coach has strings attached on each hand until it breaks out.

The routine is depicted as a puppet theater adaptation of Alice's Adventures in Wonderland, with wooden flooring and 2 layers of red curtains with gilded lining. In keeping with this theme, props that would need to be dangled and moved by hands have string on them. The art style of many elements resembles the artwork of John Tenniel featured in the original printing of the book and also draws from roughly contemporaneous art of the late 19th and early 20th century.

At the beginning of the routine, with the curtains down, the coach still has the string it's being controlled by visible. As the curtains lift, the strings combust out of existence, though whether this is diegetic in-universe is uncertain.

The verses' scene has a forest backdrop, with cutouts of shrubbery along with the talking roses from the 2nd book. White rabbit heads peek out in this segment as well, while pocketwatches swing from the top and cat eyes are lowered (alluding to the Cheshire Cat, which was able to fade away parts of its body). Cards of low face values (again only consisting of spades and hearts) are lowered quickly before the scene transitions via a background hoist. Thin, wispy trees line a scene depicting the chapter known as "A Mad Tea-Party", with teacups, a stairwell lining, and bushes of dark turquoise flowers in the foreground. A crescent moon with a face, followed by stars, and birdcages are lowered, the latter possibly alluding to the Disney animated film adaptation of the book, as a birdcage that is also a bird was included in a sequence. A man’s head with a top hat brandishing a card (referencing the Mad Hatter), and a white rabbit head (in this case alluding to the March Hare) rise from the teacups, while further teacups with teapots pouring into them are brought in from both the side and top of the stage. The props, including the background slate, are retracted, leaving behind only the dark red backdrop as the props for the chorus are brought in.

During the choruses, the stage lighting focuses on the coach and draws attention to cutouts of the white rabbit at select moments, with the props representing the white rabbit’s home: a tall paneling with gold embellishments and a wooden-framed painting of the rabbit, a gold ridged chair with white fabric, and marble pillars with busts of the white rabbit with a large bowtie. As the chorus progresses, hands appear dangling a pocket watch (brandished by the rabbit in the book) and holding a key (an object of interest in the book’s first chapter) while making stilted but minor movements to the music. Simultaneously, hands of cards are shown, primarily consisting of aces and only using spades (alluding to the gardener cards that seek to paint the roses red) and hearts (alluding to the Queen of Hearts that is focused on in the book). The riff between the first chorus and second verse has the curtain go down to allow for prop changes in-universe.

In the bridge, a multi-layer setup of cloud cutouts is brought in, with ornate frames being lowered to the center of the stage, arranged in a swirling pattern that slowly spin through the sequence (possibly alluding to the looking glass from the book's sequel). Further frames, some with a black backing, proceed to jut out of the foreground clouds, as pillars descend between the background layers. Frames housing paintings of the white rabbit's head and the crescent moon with a face are also lowered and begin to spin, with a static and smaller frame later lowering, housing a painting of a lady with dark red lipstick and a heart-shaped mark over their eye (alluding more directly to the Queen of Hearts). The props are retracted, barring the background layers, as a multi-layered prop representing a chaotic swirl (depicting the first chapter, "Down the Rabbit-Hole") is brought in. Roses, shrubbery, the white rabbit’s head, and an ornate frame can be seen poking out from these layers. As the final segment of the song progresses, various objects are lowered into the center and are swung out the side: first the gold-ridged chair, then the key, the pocket watch, and finally a tea kettle. With the song concluding, the curtains fall behind the coach, with the second curtain being behind the front layer of the swirl prop.

Gold Move 1: While bending your knees and leaning on the right, quickly drop your hands with your fingers pointing downwards.
Gold Move 2: Turn your body to the left and center it with your arms parallel to the floor. 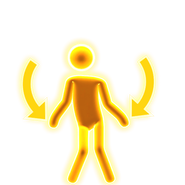 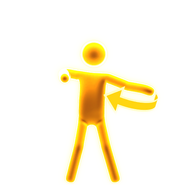 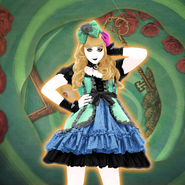 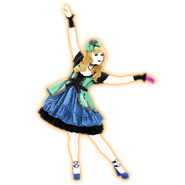 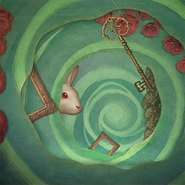 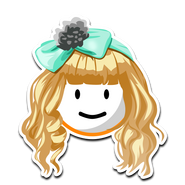 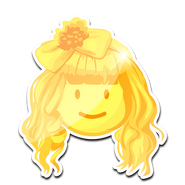 Follow the White Rabbit on the Just Dance 2022 menu

Follow the White Rabbit in the promotional video for Season 1: Astral 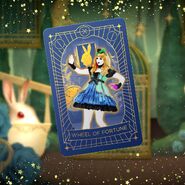 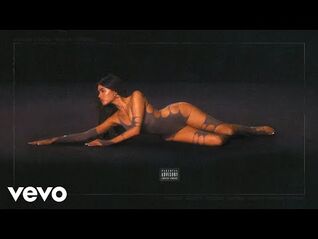 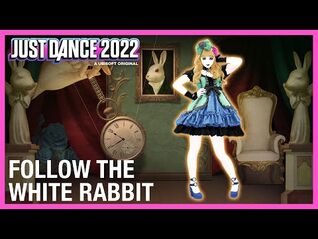 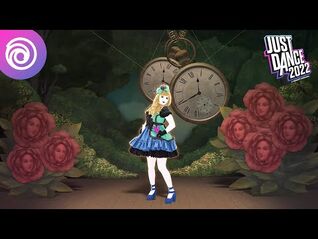 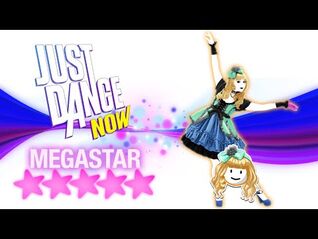