The dancer is a man with black neatly combed hair. He wears a red suit with black edges and trims, light orange long sleeved undershirt with a small cyan bow tie, a cyan handkerchief in his breast pocket of his coat, black slacks, orange socks and red dress shoes. Whenever "Now baby, baby..." is sung, the dancer turns to a figure made of static, where he stays like this until "Baby why’d you..." is sung. He has a tan colored outline.

On the Wii and PS3 version of Just Dance 3, the dancer’s color scheme is less brighter than his appearance on the Xbox 360.

On the Xbox 360 version of Just Dance 3, the dancer’s color scheme is more definitive and brighter in terms of contrast.

In the remake, he looks slightly more realistic. His hair and slacks are now darker. Most of his outfit colors remain the exact same from Just Dance 3 but has a more realistic color palette. He is also presented with a thin blue outline.

The routine takes place in an old TV set. The coach dances on a small stage with a brown reflective floor, two rows consisting of four yellow spotlights each and an ochre yellow pedestal. What seems to be an Indian head test pattern from the ’80s can be seen on a beige wall. Except for the frequency bars, all the elements in the head test pattern are motionless. The scenery is surrounded by the TV frame, which consists of a light brown one, a dark brown one surrounded by a silver outline and a final grey one.

The routine starts with a loud buzzing effect accompanied by a male voice and a static screen, which fade away quickly and are followed by the coach, who appears with a white blink effect and static lines that fade away as soon as the song starts. The screen keeps a sepia tone for the entirety of the first chorus. When the coach moves his elbow towards his body, the spotlights light up one by one, starting from the first one on the right; then, they light up in pairs, raise and go down again. After that, the sepia tone fades away, the scenery retains its original colors and the wheels on the head test pattern start rotating.

During the verses, one opposite row of spotlight lights up when the coach walks from one side to another (for example, when he walks to the left, the right one lights up), and then all of them light up together when he claps his hands. When he points his fingers up, each one lights up consecutively, in the same order that was used in the first chorus (even though they light up together twice before raising in this case). When the coach raises his arms, the spotlights raise together and light up again in the same order as before.

In the second and third choruses, the wheels on the head test pattern freeze again. When the coach moves his arm away from his body while raising his leg, two spotlights at a time light up. When he closes his arms in a circle, the right row lights up in a wave before the left one, and then they turn back off. When the coach does his "shhh" pose, the spotlights raise, and then they go back down. With the exception of the aforementioned instances, the animations for the spotlights remains the same as the ones seen in the first chorus.

Before the bridge starts, the coach gets a blurry effect followed by a white blink that makes him turn entirely static, with the exception of his glove and his bow tie. After a few seconds, however, his color return. The wheels on the head pattern rotate again, and the spotlights light up in turn starting from the first one on the right while the coach walks towards the left, and then, after turning back off for a brief period of time, they raise when he kneels down. When the coach points his finger to a side, they light up in pairs, and then they light up singularly starting from the farthest ones in each row while he shakes his elbows When the coach does the latter move faster, the order is inverted.

Along with the coach’s white blink, two rows of three female background dancers appear on the pedestal with the same blink effect and move along to the beat. The left ones have straight shoulder-cut hair, whereas the right ones have curly hair in an afro. At first, they have the same static effect as the coach, but then they turn into bordeaux red silhouettes whose color turns darker towards the bottom. They also share the coach’s orange outline. When the coach kneels down, they bend over and put their hands near their mouth, as if they were shouting. When the coach points his finger to one side, the respective dancers raise their arm (for example, the left ones do so when he points to the left), and they lower their arm in semicircle when the coach shakes his elbows. When the coach does the latter move faster, the background dancers shake their shoulders and feet.

During the final chorus, the wheels keep spinning and the background dancers gradually fade away. As soon as the coach spins, the scenery turns back to sepia; after that, the coach gets his static effect again and fades away abruptly with a white blink, and the TV screen goes back to static.

In the Xbox 360 version of Just Dance 3, the TV frame is wider and with thinner, the stage has more saturated colors, the pedestal has another smaller pedestal on top, the wheels are positioned differently, the frequency bars are absent, and there is a brown oval fade on the corners of the wall. Besides, the spotlights are bigger and brighter, and they cannot be seen when they are not turned on.

In the intro, the sound effects at the beginning are less loud, the entire scenery is in black and white rather than in a sepia tone, and the blink effect that precedes the coach’s appearance also looks slightly different. In this part, the spotlights have the same effects as the ones in the Wii and PS3 version.

In the verses, the spotlights only turn off when the coach claps his hands the second and fourth time. When the points his finger to the sky, each row lights up alternatively. When he shakes his hands, two spotlights intermittently light up in each row.

In the chorus, two spotlights light up in each row when the coach moves his arms away from this body, and then they turn back off once the entire row is lit. When the coach closes his arms in a semicircle, the rows turn off more quickly, and they only turn off when the coach does his "shhh" pose. They also raise before the ones on Wii and PS3 do.

In the bridge, the background dancers are positioned in front of the pedestal and not on it, and the animation that introduces them is slightly slower. The spotlights turn on gradually and remain lit without moving, until they fade away again. When the coach points his finger to the background dancers, two alternate spotlights of each row light up consecutively (i.e. the second and fourth ones, and then the first and third ones); then they turn off and then back on in a wave.

In the final chorus, the screen turns black and white before the coach spins, and it does not go to static.

Gold Moves 1, 2, and 3: Put your right arm near your lips and move to the right. Gold Move 3 is done with the left hand on your hip.
Gold Move 4: Point to the screen with your right arm. 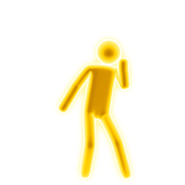 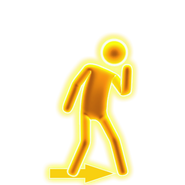 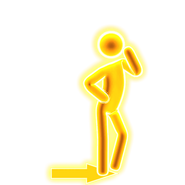 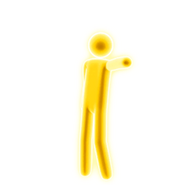 There are 4 Shout-Out Lines in this routine:

Forget You appears in the following Mashups:

Forget You appears in Puppet/Party Master Modes. Here are the captions attributed to his dance moves:

Forget You appears in the following playlists: 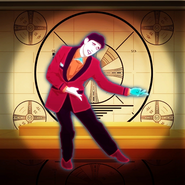 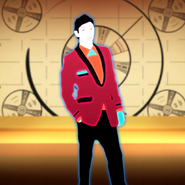 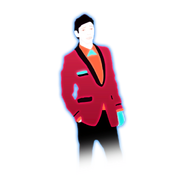 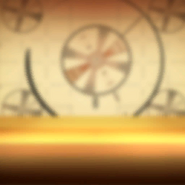 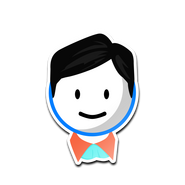 Forget You on the Just Dance 3 menu (Wii/PS3)

Forget You on the Just Dance 2020 menu 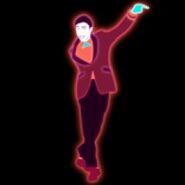 The dancer while in his "static" form 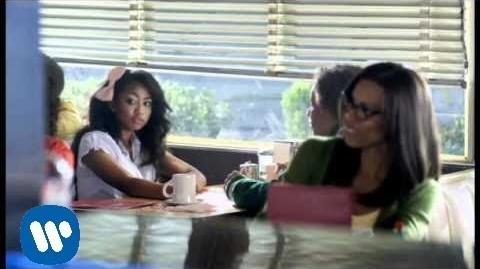 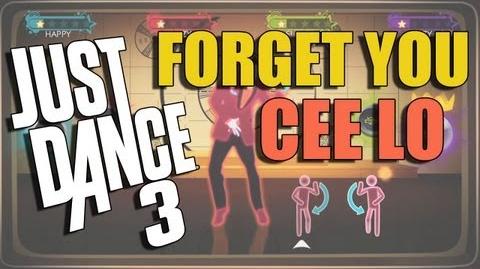 Forget You - Gameplay Teaser (US) 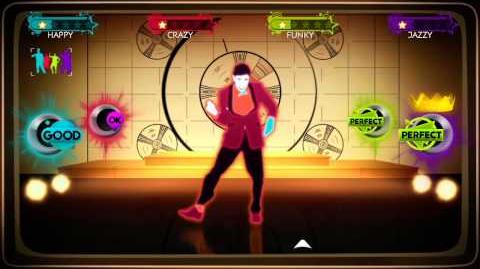 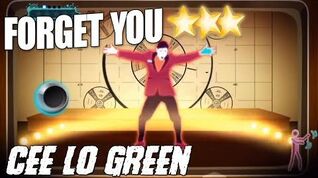 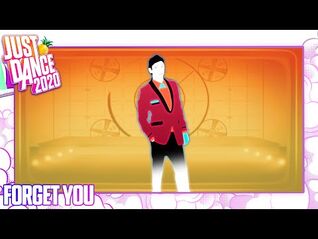 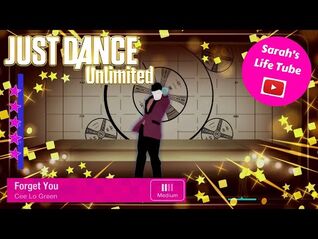 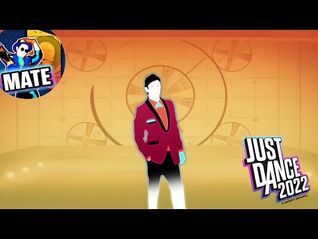 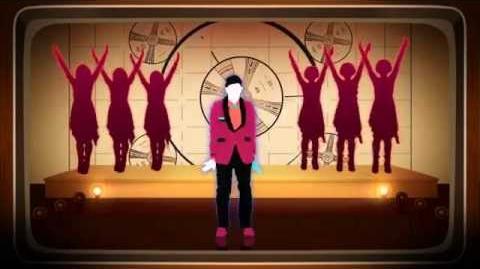