Come Into My Life

Sasha Merenkova[2]
"Freed from Desire" by Gala is featured on Just Dance 2022 and 舞力无限.

The dancer is a woman with dark brown hair tied up to a bun on top of her head, with purple highlights that has a stiff upright lick in the right side of the bun. She wears a pinkish purple custom-made top, which consists of a strap across her chest, and two straps that goes up to her neck to form a choker-like segment. She also wears a dark violet furry cropped open jacket that exposes her shoulders, shiny emerald green spandex jeans with a black belt with golden buckle on her waist, and a pair of pink stiletto heeled boots. She wears golden accessories, which consists of hoop earrings, a chain necklace wrapped around the choker, two slightly longer chain necklaces, a bangle on her right wrist, and circular-shaped anklets. She has an orange glove and a faded blue outline.

Before the last chorus, she takes off her jacket.

There are many different backgrounds, and they generally shift between each other every 16 beats.

The first background features a spotlight which shines on the coach as she first walks in. From the other side floats in a rose, and rose petals also appear as the frame zooms out and the rose starts growing. The other times this background appears, there is a hand with shimmery nail polish that comes from two directions to touch the rose and petals, which are also shimmering, and the spotlight continues to follow the coach.

The third background shows insects in cages. Some of the insects are on the cages rather than inside them, and some cages have lit matches in them instead. The second time this background appears, the free insects fly across the screen every 4 beats, whilst the trapped insects flutter in the cages.

The fourth background has pink, green, and white shimmery stars as well as animated moving lips that are colored pink, mint green, and blue, which shift from right to left. One pair of lips then comes closer to the screen, and from behind it appear more stars and many teary eyes emerging from a large eye which is shooting a colorful turn-wheel from out of it. This background concludes with a few of the eyes floating next to the coach.

The fifth background is the chorus. From the last background, it quickly changes to a piano that is playing the song. High heels with escalator-like insoles also slide quickly across it. Every four beats, an iridescent light shimmers from the opposing side, then the whole background is flipped.

The sixth background only appears during the bridge. It contains stars, many lipsticks, and a few #10 pool balls (as well as an 8-ball), which float backward. Another colorful turn-wheel with different colors also appears. It ends the same way as the fourth background does, with the objects surrounding the coach.

For the last chorus at the end of the song, the background has the same design as all the other choruses, except that the high heels slide slower then before and the piano is now playing less notes than before. Now it no longer flips every four beats, and instead shimmers lots of different colors every two beats. The background for the whole routine finishes after the high heels stop coming in.

Gold Move: Put your hands in front of your face with your legs slightly bent. 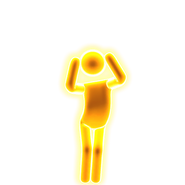 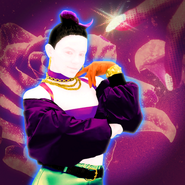 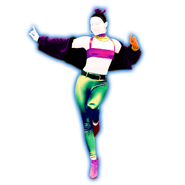 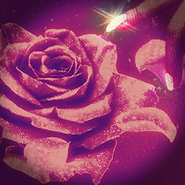 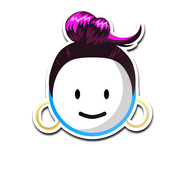 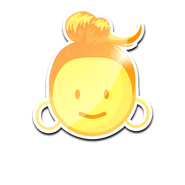 Freed from Desire on the Just Dance 2022 menu 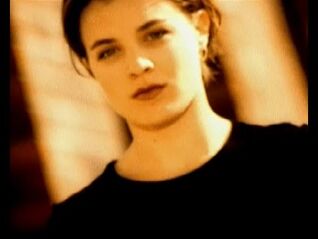 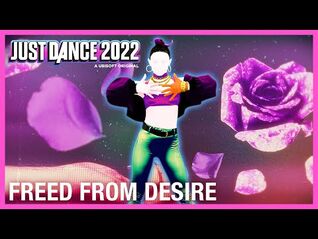 Freed from Desire - Gameplay Teaser (US) 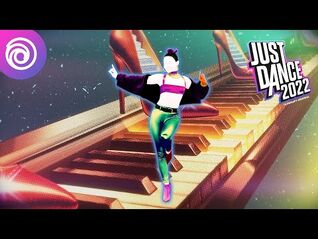