NOW files
1A: Torch Red
1B: Blackberry
2A: Deep Lavender
2B: Purple

The routine is a duet. Each coach has a different colored outline.

P1 is a boy with a dark blue bowl-cut. He wears cyan pajamas with golden moons and stars and golden socks on his feet. He has pink outline.

P2 is a ghost with big dark blue eyes, a red open mouth, and a wispy tail. He has a turquoise green ghostly aura-like outline. 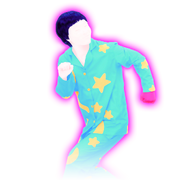 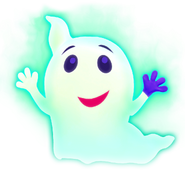 The background takes place in a bedroom with toys on the floor, and other furniture, like a picture of P1 from Crucified. Flying in a part of the song, more of the room is seen when then coaches start floating revealing more of the window.

Friendly Phantom is featured in the following playlists: 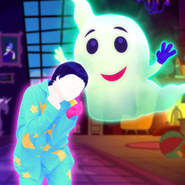 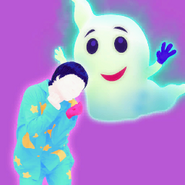 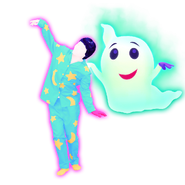 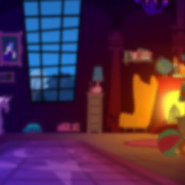 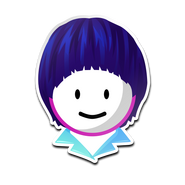 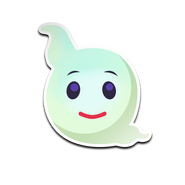 Just Dance Now notification (along with Rave in the Grave)

Pictogram error 1 (the outline around P1’s right arm is sloppy, the part under P2’s left arm is absent, and P2’s head is smaller than the rest of the pictograms) 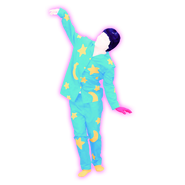 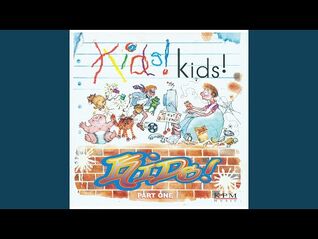 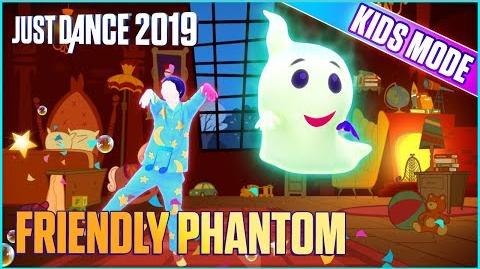 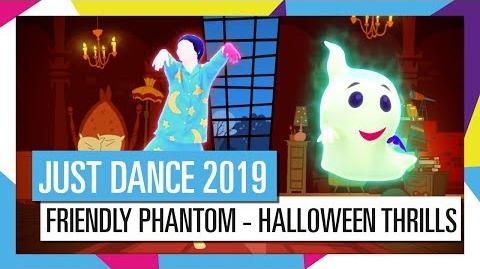 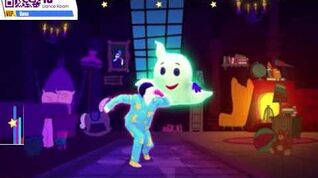 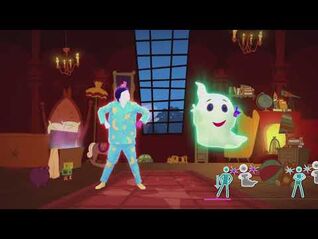