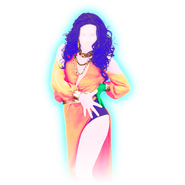 The dancer is a woman with long purple hair. She is in a flowing peach cocktail dress, has golden earrings, and has golden necklaces around her neck. She is seen with a mint green glove, a golden belt, purple underwear, and some green high heels.

The background seems to be on a highway bridge, which is purple. In this shot of the background are black palm trees and purple buildings. The background drags from right to left. The bridge later turns blue, and the buildings flash various colors, sometimes at the dancer's will. At the chorus, the word FUN appears in the background in a hotel. Similar to songs from earlier Just Dance titles, the floor is reflective. In the Behind-the-Track interview, the routine was said to be a tribute to Miami.

All Gold Moves: Throw both of your hands to the sides, vertically to your torso and at the same time, raise your left leg bent. 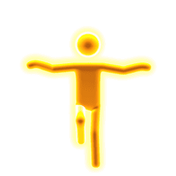 Gold Move: Put your hands up then cross them. (Walk This Way (Old School)) 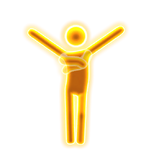 Fun has a Mashup that was added to Just Dance Unlimited in June 2016.

Fun is featured in the following playlists: 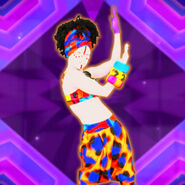 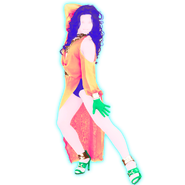 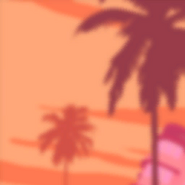 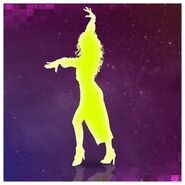 Fun appearing in an ad 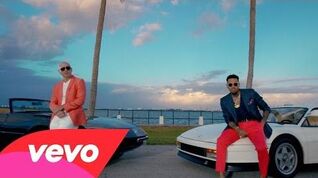 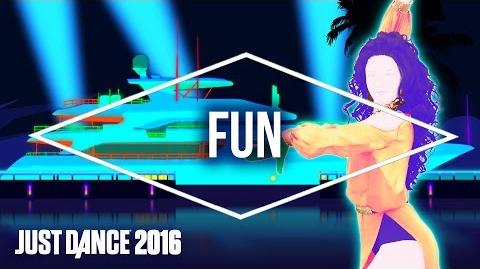 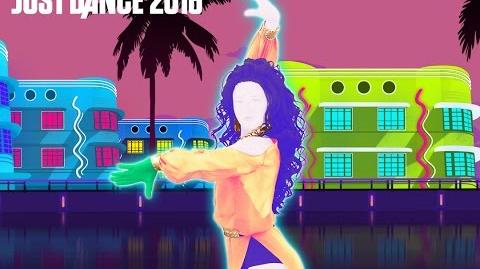 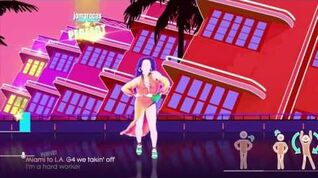 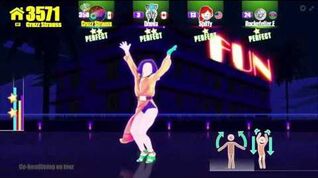 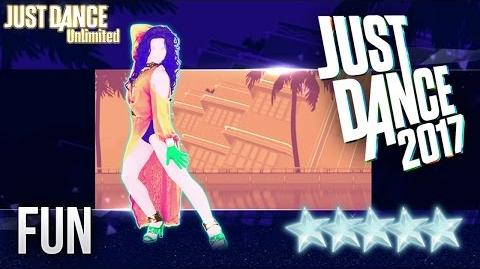 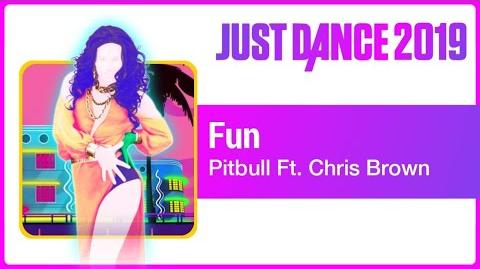 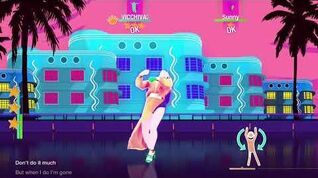 Retrieved from "https://justdance.fandom.com/wiki/Fun?oldid=1307783"
Community content is available under CC-BY-SA unless otherwise noted.