JDU
1A: Fuchsia
1B: Dark Purple
2A: Light Ochre
2B: Burnt Sienna

The dancer is a male, green, frog-like alien. He is wearing a dark green suit with a Saturn logo, a white belt with a futurist ray weapon, and dark green boots.

In the remake, the color palette for the dancer is now more saturated, and he now looks more realistic.

The background appears to take place in an old film. There are UFO ships flying around, as if there is an invasion going on, and one of the UFOs are shooting beams. Plus, there is a farm on the ground, and there are aliens can be seen walking around the place.

The colors for the background have been changed from black and white to sepia.

There are 4 Gold Moves in the routine, all of which are the same.

All Gold Moves: Flap your arms. All four moves are done consecutively during the chorus. 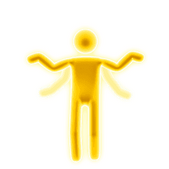 Funkytown appears in the following Mashups:

Funkytown appears in Puppet/Party Master Modes. Here are the captions attributed to his dance moves:

Funkytown is featured in the following playlists: 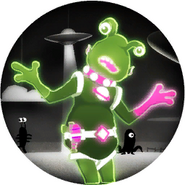 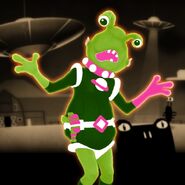 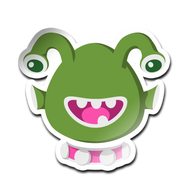 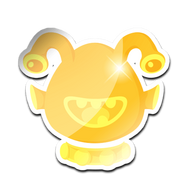 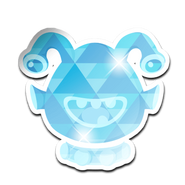 Funkytown on the Just Dance 2 menu 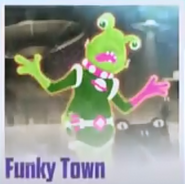 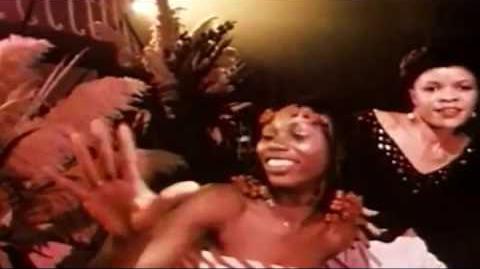 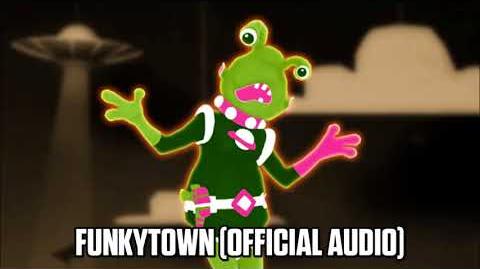 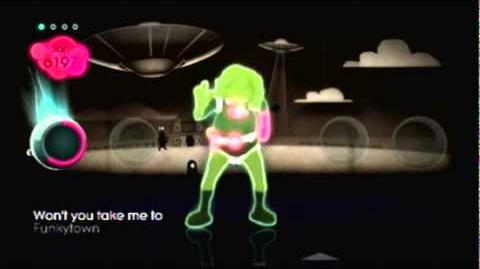 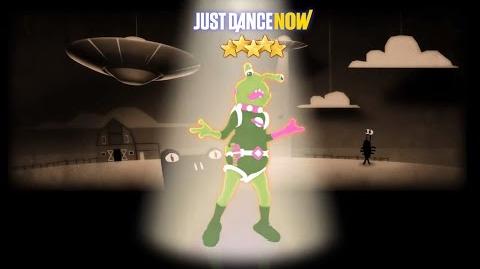 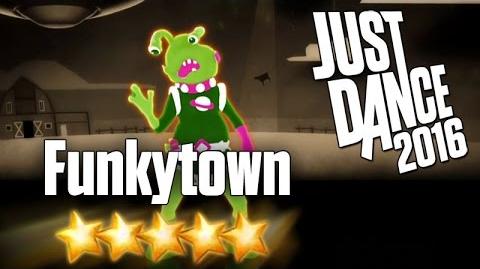 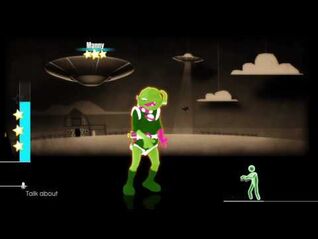 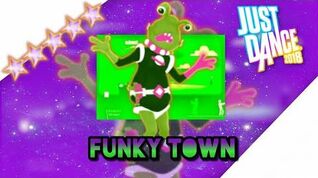 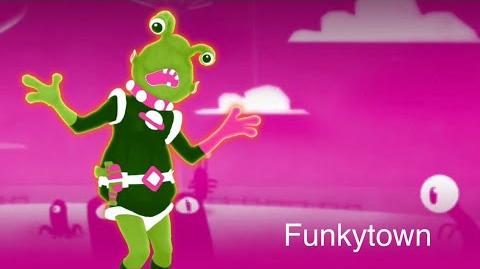 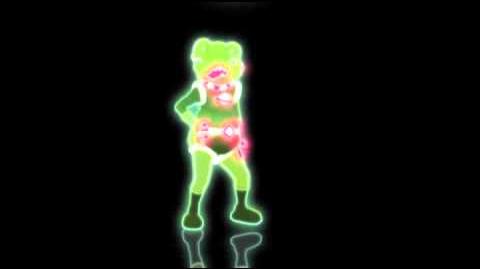 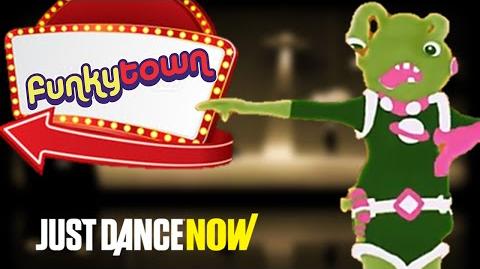 Retrieved from "https://justdance.fandom.com/wiki/Funkytown?oldid=1157308"
Community content is available under CC-BY-SA unless otherwise noted.