JDU:
1A: Bright Japanese Laurel
1B: Deep Fir
2A: Light Tangerine
2B: Lonestar

The dancer is a female goalie with frizzy green hair help up by yellow tassels. She is wearing a green tied crop top with a yellow collar, yellow and dark green gym shorts, yellow knee high socks, and green sneakers with yellow laces.

In the remake, the coach is no longer glowing and she is in a darker shade. In addition, she now has a light green outline. Her skin is also tinted a slight flesh color. 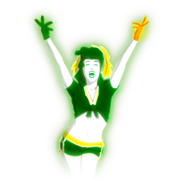 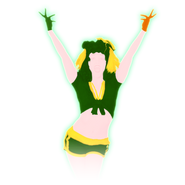 The background is a soccer (football outside of the U.S.) field where the dancer is the goalkeeper. The audience is turquoise and is holding up banners that say "RUN RUN RUN" and "VIVA FUTEBOL". Square LED lights are circled in the arena and the sky is at nighttime. A giant green and yellow soccer ball appears at the end of the routine, which the goalkeeper kicks to the screen. The dancer's reflection is visible on the ground. In the remake, the audience is colored orange and the ground is no longer reflective.

Gold Move 1: Close both of your arms in a circle.
Gold Moves 2, 3 and 4: Push out your hands and pull them in. These Gold Moves occur consecutively and rapidly. 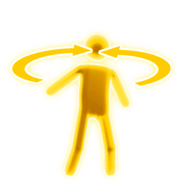 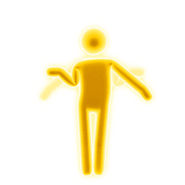 Futebol Crazy is featured in the following playlists: 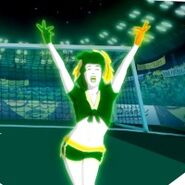 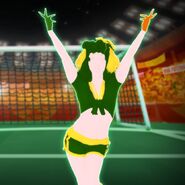 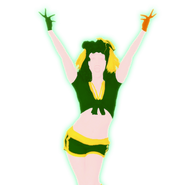 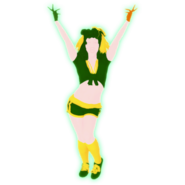 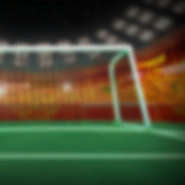 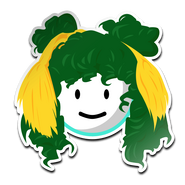 Futebol Crazy on the 舞力全开：活力派 menu

Futebol Crazy on Spotify (the artist name is "Paul J. Borg" instead of "The World Cup Girls")

Backwards "1" on the coach’s jersey in the remake 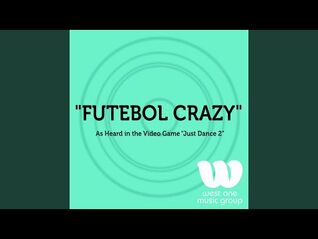 Futebol Crazy (As Heard In the Video Game "Just Dance 2") 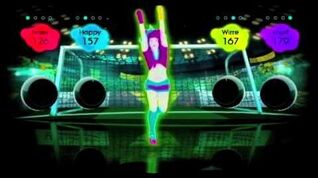 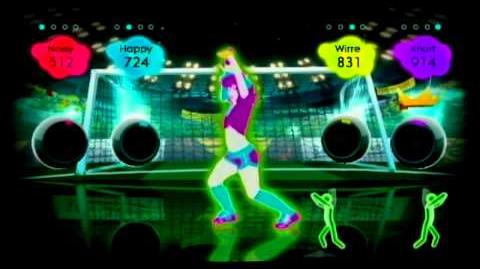 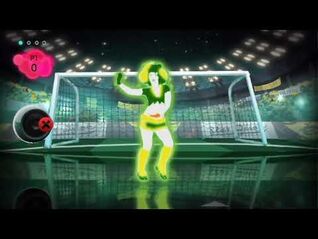 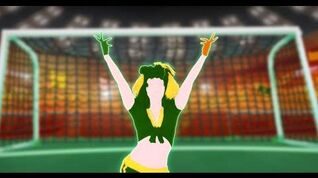 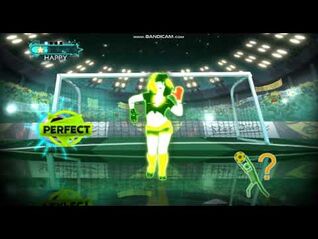 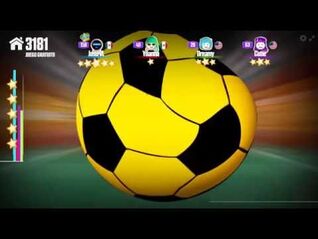 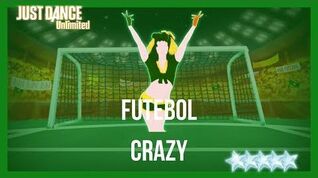 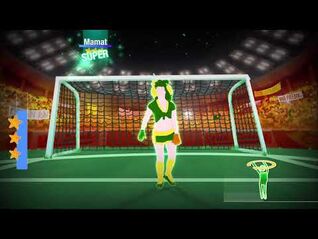 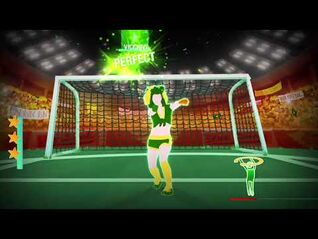 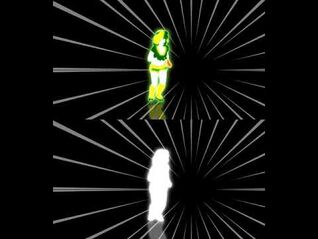 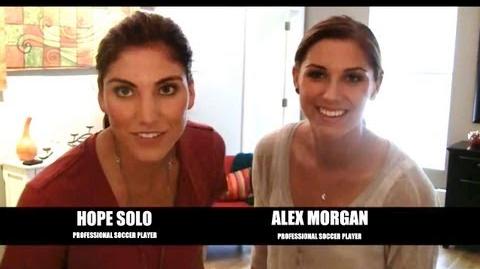