P1: Cici Zhangcan[2]
P2: Paola Guivel[3]
"Gee" by Girls' Generation was planned to be on Just Dance Wii but was scrapped for unknown reasons.[5] The Japanese version of the song was also planned to be featured on 舞力全开：活力派 but was never released on the game prior to its shutdown. The Korean version of the song can be found in the international[6] and Chinese[7] servers of Just Dance Unlimited.

The routine is performed by a trio of women in dressed Japanese street fashion. All of them have thin white and purple outlines.

P1 has black hair styled in a short bob and is wearing a pair of pink cat ears as well as green sphere-shaped earrings. Her outfit consists of a green 3/4 sleeve crop top with three black stripes on the front. On the bottom left is an orange triangle and on the right, a pink one with three black diagonal stripes. The cuffs of her sleeves are loose and have three stripes, two black ones, and one orange. Her shorts are green and have three black stripes on each side. Orange biker shorts can be seen under them. Her footwear includes pink socks poking out of green boots with black laces. She has a dark purple glove.

P2 has black hair tied back with two cotton balls: green on the left and pink on the right. She wears a pair of blue sphere-shaped earrings. She wears a short-sleeved crop top with the top half orange with 4 black stripes and the bottom half green with three stripes instead. Her pants are blue with black vertical stripes and they end mid-calf. Her footwear includes long orange socks with blue heeled sandals. She has a pink glove.

P3 has black hair in a top bun with five cotton balls around it, three green ones and two pinks. She is wearing a pair of pink sphere-shaped earrings. She is wearing a 3/4 sleeve crop top that is separated into three colors: pink for the left sleeve and the middle part in the shape of an inverted triangle, blue for the bottom left, and green for the bottom right and right sleeve. The green and pink parts have multiple diagonal black stripes on them. Her skirt is pink with a small blue portion on the bottom right. It has multiple diagonal stripes on the pink part only, with two on the right side going through them, creating a pink stripe in-between. She is also wearing a pair of pink open-toed heels. Her glove is orange. 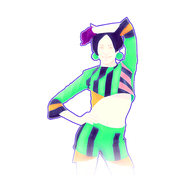 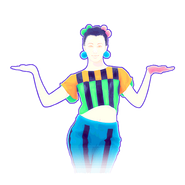 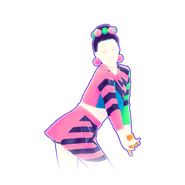 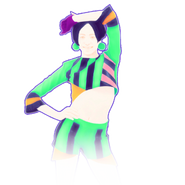 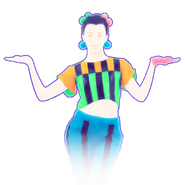 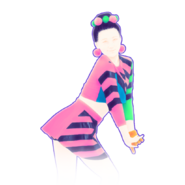 The routine takes place in a room with diagonally striped walls in different shades of yellow and a mint green floor. To the left, there is a big gumball machine with a spiral dispenser coming from the left side of it. Behind it, several domino-like pieces can be seen. There is also a cupcake conveyor belt on the right side. In front of it, there is a box with three levers in different colors that move to the beat. In the top right corner, there is a pipe coming from the ceiling, from which balloons come out from time to time. Each time "Gee gee gee gee baby baby baby baby" is sung, three-letter balloons come out, one "G" and two "e", as well as a heart balloon following them.

During the chorus, the room changes. The stripes on the walls are now pink, as well as the floor. There is a large, blue and pink gramophone from which balloons come out in place of the gumball machine. Under it, there are three rolling cylinders with different shapes on them. Each time "Gee" is sung, the cylinders show the word "GEE" and "G" and two "E" balloons come out from the gramophone. On the wall behind, there are several pink pipes with some golden parts. On the right wall, there is a hanging board with moving pink and white zigzag lines. Inside of it, there is a smaller blank board on which diagonal blue stripes appear from time to time.

During the bridge, the background changes once again. It is now a flat space with blue and white spirals, as well as a few yellow and pink lines. There are also six circular balloons floating around, which later change into hearts. Later on, more heart balloons start appearing, as well as a "G" and two "E" balloons.

Gold Moves 1 and 2: From P3 to P1, bend down and put your hands on your knees.
Gold Moves 3 and 4: Lower your arms in two semicircles while walking to the left.

Gold Move 1: From P3 to P1, bend down and put your hands on your knees.
Gold Moves 2 and 3: Close your hands and put them on your hips. 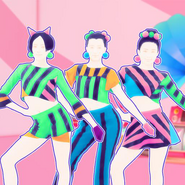 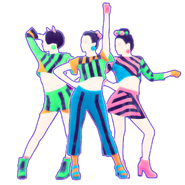 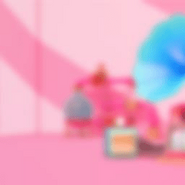 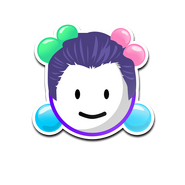 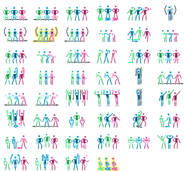 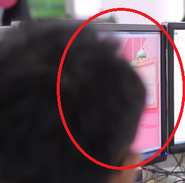 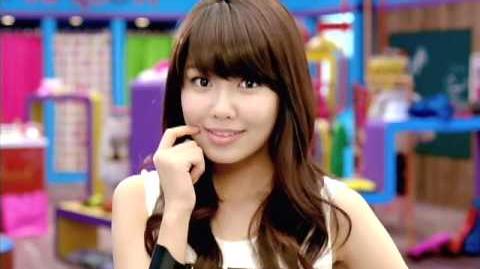 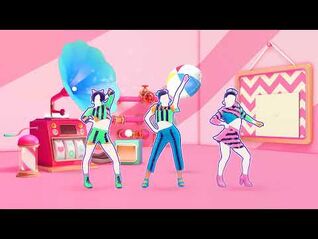