The routine features 4 characters from the Yo-Kai Watch anime.

P1 is Kanchi/Eddie. He wears a pair of red headphones, a grey T-shirt, a big olive green coat, a pair of blue jeans, and black shoes.

P2 is Keita/Nate. He wears a red T-shirt with a white star, a pair of brown pants, and a pair of blue, white, and red boots.

P3 is Fumika/Katie. She wears a collarless black and white striped shirt, a cream-colored pullover with a pink heart, a pair of blue shorts, and black shoes.

P4 is Kuma/Bear. He wears a blue New York-like jacket, a pair of black shorts, and white shoes. 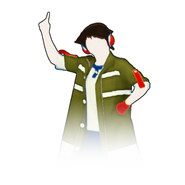 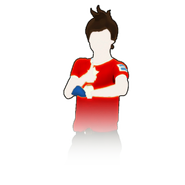 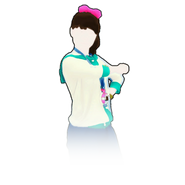 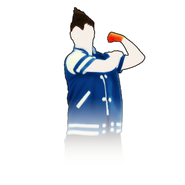 The background consists of multicolored walls with various patterns on them. The colors and patterns change with the rhythm of the song.

P1/P2: Put your right hand on your hip and raise your left hand in the air.

P3/P4: Put your left hand on your hip and raise your right hand in the air. This is the final move of the routine. 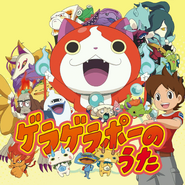 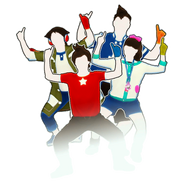