P1 is a boy that resembles Keita. He is wearing a red jacket, an orange shirt, a purple glove, grey pants, a belt, and black, red, and white shoes.

P2 is a girl that resembles Fumika. She is wearing a bowtie on her hair, a red glove, a pink winter coat with a blue heart on it, blue shorts, black leggings, and winter shoes. 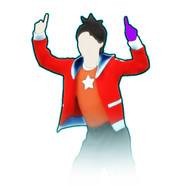 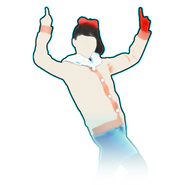 The background shows Jibanyan and Shogunyan dancing. At some points of the song, a Yo-kai appears as a train conductor and a train with Yo-kai in it. It shows 4 Yo-kai jumping to the beat to the song. It shows a big head of a lady with arrows on the ears, red spots on the cheeks, and a red lip. It shows Japanese words and one of them says "Lucky". There are two giant goldfish in the background. The left and right corners show tents.

All Gold Moves: Pat your thigh and raise your arms up. (On Gold Move 1 look to the front, on Gold Move 2 look down (P1 does it while kneeling), and on Gold Move 3 look down) 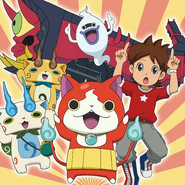 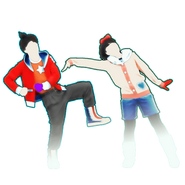 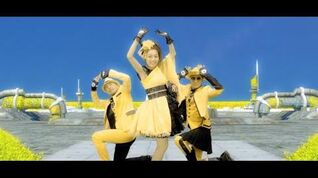